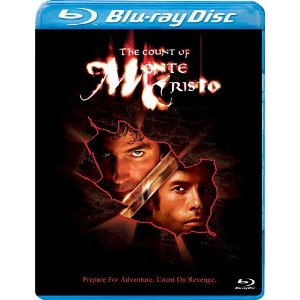 Alexander Dumas’ classic tale of revenge and redemption was brought to the screen with fresh young stars and a PG-13 gloss in the late 1990s. Like the Disney version of Three Musketeers or The Man in the Iron Mask, The Count of Monte Cristo is faithful while also being simplified in some manners, just for the sake of making the most accessible film possible for audiences of the time. It is a safe and fun version of the classic tale, under the consistent directorial style of Kevin Reynolds.
Jim Caviezel (pre-Passion of the Christ) stars as Edmond Dantes, a promising young man who is betrayed by his best friend (Guy Pearce) and imprisoned for life. Many years pass with only thoughts of revenge. When Dantes is finally able to escape the prison, he then finds a way to become wealthy and change appearance. When he arrives back into civilization it is as the Count of Monte Cristo, a wealthy man who quickly impresses the French nobility.
These two men play a chess game with each other until we reach the final moment of revenge, in classic swordplay. The sound of the clashing swords certainly seems more magnificent in high definition, and the visuals are astounding. The special features are also packed full on this Blu-ray disc, though all were previously released on the DVD version from the past. There are deleted scenes, director’s commentary, and a plethora of featurettes, but none of it is exclusive to the Blu-ray.

Email ThisBlogThis!Share to TwitterShare to FacebookShare to Pinterest
tags The Count of Monte Cristo

This film bad, the Soviet version of The Prisoner of Château d'If (Узник замка Иф) / The count of monte cristo (1988), it shows more of the human dark side.
The 2002 version does not show the darker, destructive and irrational human side, when he instead of looking for something that will benefit him, he wants blind destruction.