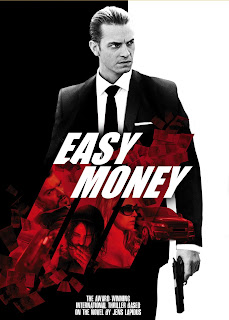 JW becomes involved in a large scale drug deal, which he helps to broker in hopes of making enough money to finally fit in among his peers. At the same time there is a Mafia assassin searching for Jorge and cops looking to stop the drug deal from going through. At the heart of the complex criminal web is a poor college student trying too hard to impress a girl, which results in a surprising friendship and lesson in loyalty.
No comments:

The Day of the Falcon DVD review 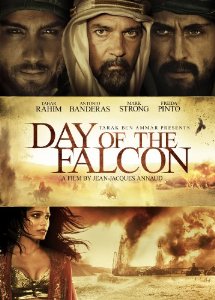 Day of the Falcon is a complex epic, one in which both sides can be seen to have a valid point of view. It is in the unwillingness of each in understanding the other which ultimately causes bloodshed. Not surprisingly, this occurs because of an argument over money, specifically in the discovery of oil between two territories in a Middle Eastern land.

This conflict begins over a seemingly useless patch of desert between two kingdoms. After years of unwillingness to trust each other, they come up with a plan to keep the peace. Each sends their children to the opposing kingdom to be raised, knowing that this is the only guarantee that they won’t attack each other. Years later, when the boys have grown into men, a Texan oil company informs the leaders of each kingdom that the patch of land between them is rich with oil.

On one side is a king (played by Mark Strong) who believes in the sanctity of things earned through bloodshed or love, and sees no value in oil or the riches it brings his religiously stout kingdom. On the polar opposite side is the opposing king (played by Antonio Banderas), who welcomes the wealth even though it means a breach of treaty between the two kingdoms. Forced to make a decision which side they belong to are the sons who belong to one but were raised by another.

This epic was directed by Jean-Jacques Annaud, who handles the battle scenes spectacularly. As a whole this is a well made film, though it could do more to draw the audience in towards the first half. There are a lot of characters and a great deal happens in a condensed amount of time, so that some of the earlier developments feel both rushed and dull simultaneously. All is forgotten once the action begins, however.

The DVD special features include a 40-minute making-of documentary featurette, as well as one about the visual effects of the film. There is also a storyboard-to-film comparison. 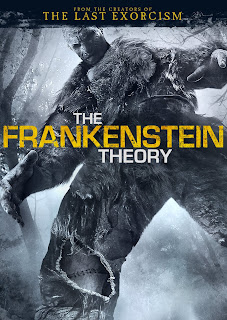 We don’t ever get a clear look at Frankenstein, so there isn’t much to be said about make-up effects. We also don’t see any of the attacks, which all occur off-camera. So the only thing we do see is the aftermath, which is bloody and shocking but not nearly enough to carry the whole film. By the end, it feels like a short film which has been dragged out beyond its capacity.
No comments: 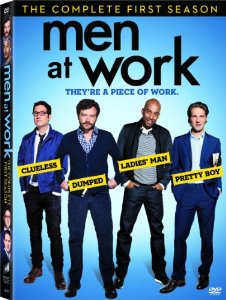 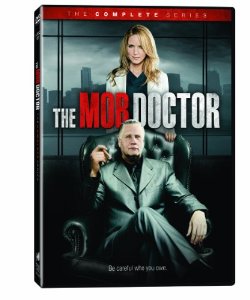 
Hospital shows provide a platform that can be twisted and altered for something more unique. Whether combining romance the way Grey’s Anatomy does, or drug addiction like Nurse Jackie, the shows always come back to the primary medical drama.


“The Mob Doctor” utilizes the usual hospital melodrama, adding in a little bit a crime storyline to keep things unique and interesting. Unfortunately, the show is too slow to pick up and 13 episodes is not enough time for anything truly interesting to occur with this unique premise.

“The Mob Doctor” is pretty self-explanatory, but I will break it down for those without imagination. Dr. Grace Devlin (Jordana Spiro) is successful surgeon who is suddenly pulled into the underworld when her brother gets himself into debts that he is unable to repay. Moonlighting as a doctor for a criminal syndicate, Grace is pulled into a world that she may already be familiar with.

There are the predictable gunshot wounds that Grace must take care of off the books, as well as moral choices that she must make when asked to perform duties that go against her oath as a doctor. William Forsythe co-stars as the mob boss who Grace works for. There are 13 episodes in season one, all of which are included in this 3-disc DVD set. There are no special features.