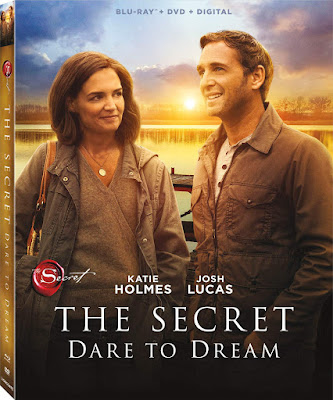 Any time a film is associated with a philosophy, religion, or self-help book, the filmmakers seem to have an exceedingly difficult time with subtlety. The agenda of selling the audience members on the belief system that the narrative is focused on often becomes more important than the narrative or other filmmaking elements. With The Secret: Dare to Dream, we are immediately assaulted with the source material being referenced in the form of a cumbersome title. But while this film is a far cry from being a memorable romantic comedy, audiences could do a lot worse in these days of bad Netflix teen romances, Lifetime movies, and the yearly bombardment of faith-based films released in the spring.

I don’t think it comes as any surprise that the main reason audiences tend to watch martial arts films are the action sequences. There is a reason that these films have a tradition of implementing action directors, as well as a primary director of the entire production, and that is not for consideration of plot or character development. Invincible Dragon has two action directors, likely responsible for the film’s greatest asset, but it also has a plot as focused on a mystery as it is kicking ass. If only the screenplay and direction by Fruit Chan (Dumplings) was as consistent as the action choreography, this Chinese martial arts-mystery would have been highly watchable. As it stands, the successful moments of martial arts fighting are enveloped by the tonally inconsistent narrative that surrounds them.

The Legend of Tomiris Blu-ray Review

After the onslaught of media coverage about the live-action Mulan film released by Disney, from marketing material to the controversy over the film itself, it is not entirely surprising that this female warrior was my first thought upon watching The Legend of Tomiris. While nowhere near as well-covered as the criticisms of Mulan have been, several nations have taken issue with the content in The Legend of Tomiris as well. However, while the issues of Mulan have much more to do with production and the politics of cast members, the issues with The Legend of Tomiris have more to do with the actual content of the narrative. And this would make sense, as this film is based on an actual historical figure, while Hua Mulan has long thought to have been a fictional character.