In a recent interview actress DeWanda Wise responded the Jurassic World Dominion receiving some of the poorest reviews of the franchise by saying “You can’t tell me shit,” which may not be the best approach to promoting the film’s release on Blu-ray and 4K. Director Colin Trevorrow made the wiser decision to herald the

extended edition as the superior cut of the film, suggesting those

unimpressed with the theatrical cut would better enjoy a longer

version. While the extended edition doesn’t do much to improve the

faults of the film, it does have a few impressive sequences likely to

If only a film could be judged on the merits of a single scene, Baby Assassins would receive nothing less than stellar praise. For those patient enough to plod through the plotless scenes of forced humor and acting which ranges from over-the-top to underwhelmingly understated, Baby Assassins provides one of the most exciting climactic action scenes in years, highlighted by the action choreography by Kensuke Sonomura. 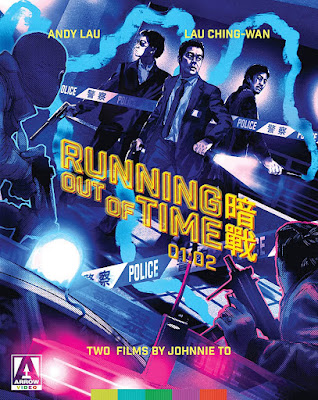 When other directors like John Woo and Ringo Lam took their success to Hollywood in the later part of the 1990s, Johnnie To continued to make and release films in Hong Kong. Two of these were Running Out of Time and Running Out of Time 2, action thrillers following police hostage negotiator Ho Sheung Sang (Lau Whing Wan). Each film is also highlighted by the villains that he must go up against, played by Andy Lau (Infernal Affairs) and Ekin Cheng respectively. Both films play like buddy cop action films, but ones in which the relationship is between combatants rather than partners. 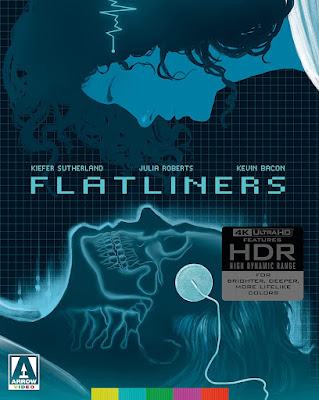 After the gore-soaked horror films of the 1980s, which were more often interested in base entertainment above all else, Flatliners was an intelligent alternative to start off the 1990s. Rather than scenes focused on creative ways for characters to die, Flatliners asked questions about what happens after death. Directed by Joel Schumacher (St. Elmo's Fire, The Lost Boys), Flatliners is a psychological thriller that takes its time to build suspense and develop characters before attempting to frighten the audience with scenes of the supernatural. More than questions about death, Flatliners explores the choices we make in life and the consequences that they can have.