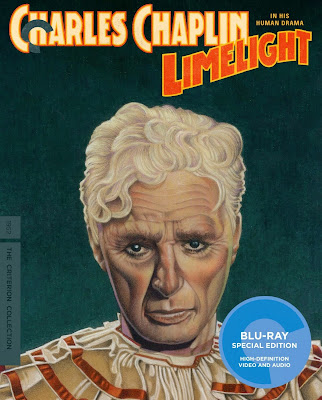 My little sisters knew who Charlie Chaplin was at 8. I made sure of it. I force every one of my classes to sit through at least one scene from his films every semester that I work as a film professor. I have reviewed each of the previous Chaplin releases on Criterion (The GoldRush, Modern Times, City Lights, The Great Dictator and MonsieurVerdoux) with increased admiration and endless gushing. At the same time, I am aware that there are still many who are unfamiliar with the breadth of his work, in particular the significance of Limelight. The only comparison that I can think to make is to Birdman. Both films are about aging actors taking their last chance at lasting fame in the arena of theater, and both starred actors who seemed to be playing characters who increase in significance the more familiar you are with their previous filmography. Michael Keaton’s prior performance as Batman adds a layer of relevance to his performance in Birdman, as does Chaplin’s iconic role as The Tramp to his performance in Limelight. 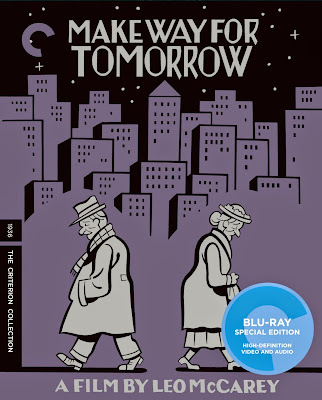 
Leo McCarey’s familial melodrama, Make Way for Tomorrow, is deceptively simplistic in story and screenplay. The narrative, however, contains much more than plot; we are exposed to every expression, every reaction shot, with a precision in filmmaking that McCarey carried over from his years of experience in early comedic cinema. Famous for having made the reaction shot a commonplace element in the slapstick of Our Gang and Laurel & Hardy shorts, McCarey achieves just as much success with pathos in the close-ups and deliberate framing of his drama. McCarey understands that body language and subtle expressions are universally helpful in the language of cinema, affecting the audience’s emotional response with both laughter and tears. Make Way for Tomorrow has both, but neither feels contrived; the audience is brought into the story by the demand to participate in the reading of facial expressions, so that the emotional investment is our own. This is the sincerest form of filmmaking, as McCarey trusts his audiences enough to allow them their own personal involvement in the unfolding of the narrative. 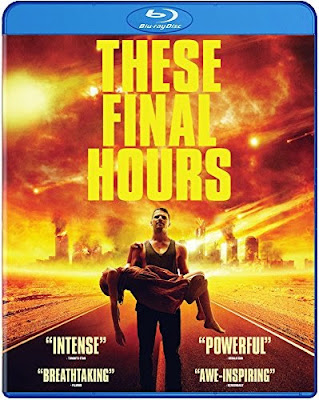 
These Final Hours is a small Australian pre-apocalyptic thriller with a plot that sounds similar to dozens of movies with much higher budgets. Just reading the film’s description made me feel as though I had already watched it, and anticipated no surprises in its viewing. While I was correct in assuming that the plot would be fairly predictable, the surprise came in how engaged I became with this slightly derivative narrative, mostly due to the strengths in its leading performers and a capable director. 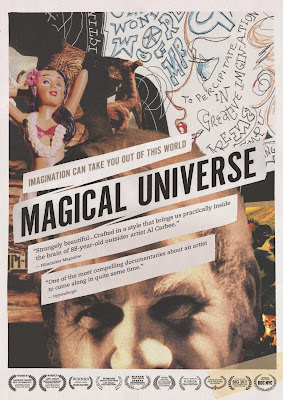 
Artists tend to be inherently eccentric, which is why documentaries and biopics about their lives are often as engaging as the art itself. While this certainly holds true of Al Carbee, whose bizarre art involving a menagerie of discarded Barbie dolls is matched only by the quirky personality of the artist himself, filmmaker Jeremy Workman seems to be constructing a biography which is mostly rooted in his own personal relationships with the man. Though there is some value in Carbee’s friendship with Workman, specifically because he doesn’t appear to have many other loyal friends in his life, this alone is not quite enough content to fill up a feature film. Even within the first five minutes of the documentary, Workman (who edited Magical Universe, as well as producing and directing) re-uses the same footage twice, which is an instant red flag that the content has been stretched too thin. 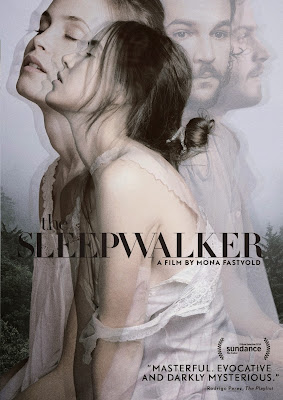 
A lot of independent films are born out of a singularly unique good idea, but fail in the management of the execution. This can happen with poor performances from amateur actors, technical inadequacy in the form of bad cinematography and poor sound, or a screenplay with dialogue that is heavily in need of a rewrite. Surprisingly, all of these elements are effectively carried out within the narrative of The Sleepwalker; all of the leads give consistently solid performances, the film looks and sounds great, and little of the dialogue made me cringe. The problem doesn’t come from the execution, but instead what feels like an incomplete concept for the film itself. Whatever point or end result that filmmaker Mona Fastvold may have been hoping the audience would be left with somehow gets lost. The Sleepwalker is excellently executed but ends up feeling like an empty shell. With all of the effort to crack this nut, it will likely leave audiences feeling frustratingly unnourished. 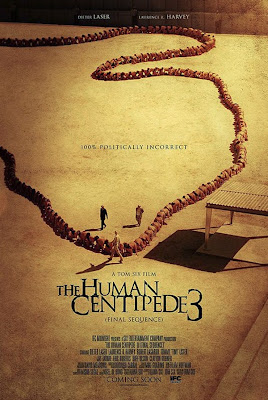 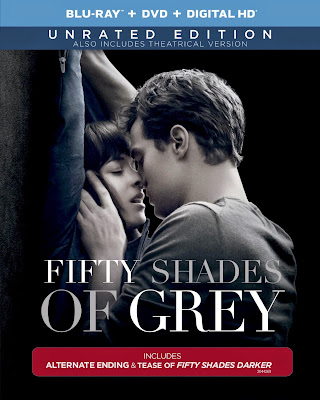 
I am neither sexually frustrated nor artistically ignorant enough to ever find reason to read the pathetically popular fan-fiction book franchise written by E.L. James on her blackberry. Having already endured all four of the Twilight books, I understand the appeal of poorly written soap opera drama (though the reading of those books ensured my disinterest in their film adaptations), and approached the viewing of Sam Taylor-Johnson’s Fifty Shades of Grey with a harsh bias and eagerness to write a ruthlessly unfavorable review. While the story itself is as unsatisfactory as I had expected, the characters poorly developed, the situations contrived and unbelievable, the dialogue comically stupid, and the chemistry more forced than a film with Robert Pattinson as the lead, Fifty Shades of Grey is far from the worst film I have seen this year. It wasn’t even the worst film I watched this week. 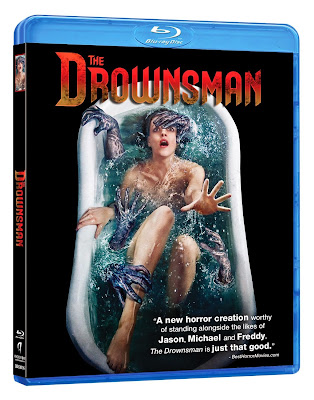 For an entertaining horror film, you need a clever concept and creative execution. While The Drownsman seems born out of a unique idea, the way in which the plot unfolds is never convincing due to the filmmaker’s inability to think through the various elements. The end result feels like an uneven collection of contrived moments borrowed from better films, along with generic performances from the bevy of attractive and unconvincing co-ed cast members. All of this would make little difference if the horror aspects of the film worked, but rules change from scene to scene and the film is as void of logic as it is decent supporting cast members.