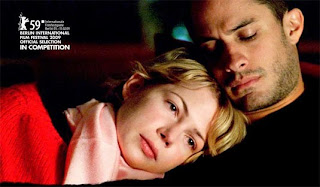 Mammoth is titled after a pen within the film which is made from fossilized Wooly Mammoth, but it is also the word for mother in Tagalog, a Filipino national language used in the film. These two meanings forcefully give significance to this preachy international tale of wealth and childcare. The performances are well above the material and Mammoth is directed by seasoned Swedish filmmaker Lukas Moodysson, but somehow the direction of the film becomes predictable and grating in its implications.
The pen is a gift which is given to video game designer Leo Vidales (Gael Garcia Bernal) on his way to a lucrative business deal in . This is the most expensive pen on the market, and Leo muses on the possibility of humans being used as a pen in the future. The implications of the commodity of human life is not lost in the remainder of the film, as the connection between child rearing always stays conveniently parallel in the narrative.
While Leo is away in Thailand, slowly becoming accustomed to the manner in which his money gives him special privileges, his wife and child are at home in Manhattan. Ellen Vidales (Michelle Williams) is a hardworking doctor and even when Leo is home he is rarely around. The family relies heavily upon their Filipino nanny (Marife Necesito), whose own children are left motherless in the . The topper is a child abused by his mother, who comes into Ellen’s care at the hospital. All of these depictions of parenting suggest that there are different types of abuse and prostitution we are willing to endure for our children, though when things go really wrong it is the other way around. The film itself is not Moodysson’s best, nor his most subtle, though the performances are compelling and the story engaging even when infuriating.