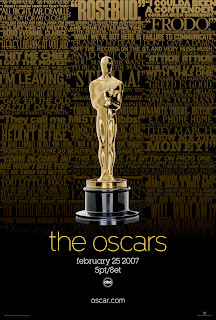 I am always struck by how painfully flawed The Academy Awards actually are when I return to past years to look at the films that were passed by. Any intelligent film connoisseur with a sliver of an individual opinion has their specific moment of disheartening realization about the award show that reaches more viewers nationally and annually than every other broadcast but the Super Bowl. For me this moment came in 1997 when James Cameron’s special-effects-reliant Titanic took a majority of awards, including Best Picture[1]. This was the year it became crystal clear that the award show relied on the viewers returning each year, and it seemed determined to appease the majority of fans knowing that Titanic was the phenomenon of the moment as well as having record-breaking box-office numbers. 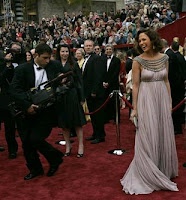 From this moment I felt oddly betrayed by the award show I had grown up traditionally watching from year to year. Having broken the illusion, my one criticism quickly splintered like a cracked windshield in cold weather and suddenly I had a myriad of reasons to be cynical. The red-carpet fashion show seemed to have developed into a warped celebrity Easter Parade of sorts. Money is thrown about for the most indulgent outfits possible, all for the single purpose of being seen before sitting through a four hour ceremony.
With that being said, the Academy Awards holds a far greater significance than can be judged by the films which win or the outfits that are worn. The ceremony is a tradition, and beyond that an agreed institution of importance. Even with my cynical views of The Academy Awards, I still find myself quoting nominations and wins when referencing films I find deserving. I am just as likely to hypocritically ignore the winning films that I don’t feel were worthy, but the fact that I reference the awards at all is significant. The long-standing existence, and perhaps the help of the indulgent red-carpet catwalk, has made this award show a collective consciousness for casual film viewers and cynical critics alike.
Perhaps it was the looming threat of this year’s show being cancelled, as The Golden Globes were without many actually noticing, because I now have an appreciation for the social significance of The Academy Awards. Like a close relative that has been there through thick and thin, I feel an obligation to the Oscars even when I am in complete disagreement with the outcome. Hardly reliable, though often predictable with a tendency to be slightly dull, only a legacy helps me love The Academy Awards. 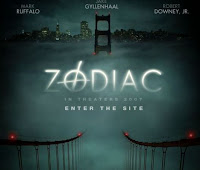 In years like 2007 it becomes much easier to love the award season, because several franchises taken a sequel too far have left audiences craving something unique and creative. This is the only explanation I can find for a return to auteur freedom of the 70s in many of these great films. Endings are left open-ended, long sequences without dialogue are common, and we are regularly given protagonists without being asked to like them throughout the progression of the plot. This applies to several of the nominees, including three of the most obvious examples; The Assassination of Jesse James by the Coward Robert Ford, No Country for Old Men, and There Will Be Blood. If you were to add in the open-ended Zodiac, released too early in the year for a nomination to be possible, it makes 2007 look like quite a bleak and brilliant year.
I am less interested in what films will win than I am what films are exalted as worthy of being in the race, and I am pleasantly surprised with several categories this year. I take personal pride in the best elements of my favorite films of the year, so I can feel validated when Once receives a Best Song nomination, American Gangster is given a Best Art Direction nomination and The Assassination for Jesse James… a Best Cinematography nod[2]
My criticism of the short attention span of voters who rarely seem likely to allow a film made in the first half of the year stand a chance of being remembered come voting time is not new or original, but just as significant this year as ever before. While it is very difficult to consider every film in a year with as many fabulously constructed films as 2007 saw, I can’t help what would have happened had Juno been released at the beginning of the year and David Fincher’s Zodiac released in November. What if American Gangster had been released alongside Michael Clayton? Would it simply have made less money with more competition, or would there be more nominations to show in return for the exchange? 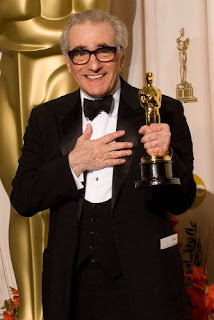 I find it far too easy to accept these films drifting out of the collective consciousness in 2007, due to the remarkable amount of impressive film even leaving a few off of the list. Although I still think that Zodiac was a near-perfectly constructed film and had it been released on time during the award season rush of 2006 I would have been comparing it to The Departed, the delayed release destroyed any chances of awards for the thriller. Besides, as much as Zodiac is Fincher’s most mature film yet, There Will Be Blood seems to be significant on a much larger scale. There Will Be Blood is also filmmaker Paul Thomas Anderson’s most intelligent and well constructed film thus far, but he somehow managed to make a film that prior to release already seemed destined to be one of the greatest American films of the decade. Considering this collective opinion it seems to speak well of There Will Be Blood’s chances for at least a few wins.
[1] I won’t deny that I enjoyed Titanic when I first saw it in the theaters, as it was specifically designed to be experienced rather than thought about. This is also why my brain inevitably ruined the film for me once the illusions ended and I was brought back to reality, where I could see how utterly terrible the film was.
[2] Roger Deakins is the only person to receive a double-nomination in the same category this year, also nominated for Best Cinematography for No Country For Old Men as well as The Assassination of Jesse James by the Coward Robert Ford.

Email ThisBlogThis!Share to TwitterShare to FacebookShare to Pinterest
tags 2007, Academy Awards, assassination of jesse james, departed, scorsese, there will be blood, titanic, zodiac