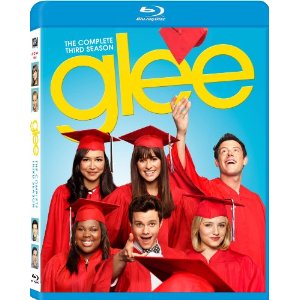 “Glee” is an energetic show filled with talent. This often excuses how predictable and cliché the plot is from episode to episode. Several of the cast members in this musical show come from Broadway, which makes sense with everyone doing their own singing and dancing. It has very obviously been dubbed over and highly produced in some sections, but at the very least we know that it is actually their voices. The show surrounds the happenings of a high school glee team, led by the high school Spanish teacher (Matthew Morrison). Though the show has the usual high school melodrama within the storyline, usually including unrequited love and secret pregnancies, the strength of the show always remains in the musical numbers. The rest is just filler.
The third season of the show brings in some welcome change and some fresh blood. Although there were only two seasons previously, it was plenty to ensure that the characters partner swapped and performed so often that it all began to seem a little redundant, although thankfully always poking fun of itself along the way. The third season splits up the group, adds new singers, and ultimately graduates several of the characters.
What ultimately sets apart the seasons isn’t the storylines, such who is dating who, or even who is in the New Directions choir group and who has moved over the all-female group. All that really matters is the music. Last season the big episode was the Rocky Horror Picture Show episode. This season has a Saturday night Fever episode, as well as a pillaging of West Side Story. There is plenty more of course, including a pop mash up of Adelle songs and plenty more. There are even a few rare and unknown songs this season.
The twenty-two episodes of season three are fit onto four Blu-ray discs. The special features are also spread out across these discs, including the cherished Glee Music Jukebox. There are also a few deleted scenes, a blog from Sue and a featurette on the new characters on the show. All of the special features don’t compare to the music in DTS-HD audio, however.