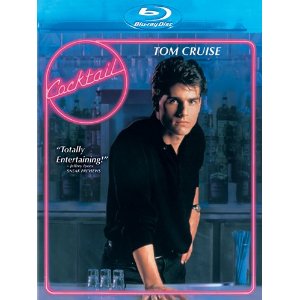 Only in the 1980s would a film like Cocktail get made, carried only by the star power of Tom Cruise and a ridiculous story of superficial people and lush surroundings, all of which are enhanced even more with high definition Blu-ray. Cocktail isn’t what I would call a good movie, though it has some cult appeal to it. If nothing else there has to be a decent drinking game or two attached to this 1980s near-classic.
Cruise stars as Brian Flanagan, and the only thing more ridiculous than his name is the concept for the film. Flanagan is the hottest bartender in , a commodity which is so special that it earns him a lush job at a resort in . This job affords Brian the opportunity to get to know some appealing customers, including an independent artist (Elisabeth Shue). With lush surroundings, plenty of alcohol and two attractive people, it is no surprise where the storyline goes from here.
The highlight of the Blu-ray has more to do with the locations chosen for the filming of Cocktail than anything else. looks fabulous in high definition, and if that isn’t enough eye candy there is always the two attractive stars. The Blu-ray has no special features, making the scenery the most important thing about this disc.