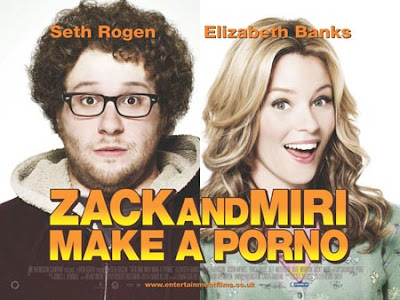 If it feels like it has been some time since Smith has made a film, this may be true, but he always seems to take his time in-between projects. The difference with his return now is that there have been some changes in the field of comedy, as Judd Apatow has been involved with nearly every successful comedy in the last few years. Apatow is a director not unlike Smith in many ways, with an emphasis on dialogue and acting that leaves little consideration for any camera work that could make his style as a director more distinguishable than his words. Apatow also enjoys an R-rated comedy, but the main difference between the two directors is the way that they handle their actors. Apatow encourages his actors to ad-lib, improvise and create dialogue of their own, while Smith his notoriously picky about having his script recited word-for-word. Three successful regulars of Judd Apatow films star in Smith’s Zack and Miri Make a Porno, making this an interesting collaboration that often feels influenced by the style of both directors. 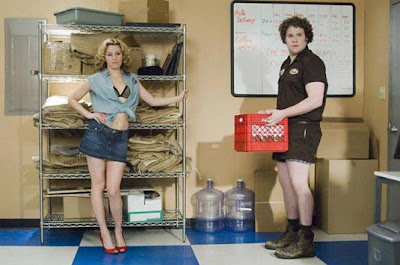 I will say that I respect that this film has not been released with an unrated version. There are so many films released this way that I have to question if the filmmakers have stopped fighting to get the cut they want released in theaters or if it is simply a ploy to take consumer’s money. There is never any telling until you watch both the theatrical and unrated version, and the fact that this film is the same as it will ever be shows the strength that Smith does have as a director.