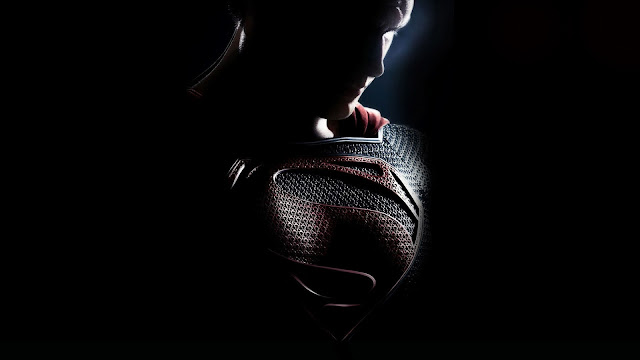 Summer is just around the corner, which means there are sure to be a whole new batch of superhero films for American audiences to watch with troughs of popcorn and milk duds in their hands. We will have the second sequel in the Iron Man franchise, for the first time with a director other than Jon Favreau. Zack Snyder will also bring us a new vision of Superman with Man of Steel, which was also helped along with writer and producer Christopher Nolan. Wolverine returns to the screen again as well, this time traveling to . It is difficult to remember what a summer was like without superhero films, which is strange considering how recently the genre became so popular. 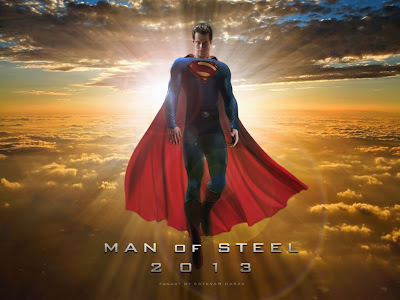 When superheroes first arrived in American culture with the prototypal emergence of Superman in 1938, they quickly became a social role as a moral beacon to give hope and guidance during difficult times, especially war. Comic book superheroes were often born out of war, including Iron Man, who became a superhero through his experience in the Vietnam War when he emerged in 1963. With this being the case it would seem that there would have emerged new or updated superheroes recently, but the success of the onslaught of comic book films on screen has mostly seemed a way for studios to cash in on a popular commodity. 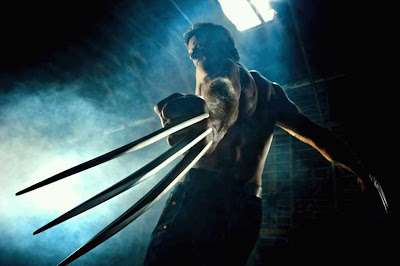 Superhero movies seem to struggle most when they aren’t helping anyone, because after all, isn’t that what a superhero is supposed to do? The recent past has seen its fair share of these films, and an increasing number fail to appease the crowds or the critics, seemingly most often when the fight is not clear. Daredevil was a complicated comic-book world where there were more odds of encountering another superhero or villain on the street as you would a normal citizen, Elektra became even more muddled with plot and the superhero’s intentions, Ang Lee’s Hulk had an escaping creature never given an opportunity to be selflessly heroic, and The Ghost Rider was about a man that stopped one criminal and spent the rest of the film fighting otherworldly creatures in a human-barren city. Only recently have there been themes relevant to our tumultuous times which seem fitting for a superhero film. Perhaps this is why all of the films on my desert island list were made after 2001. 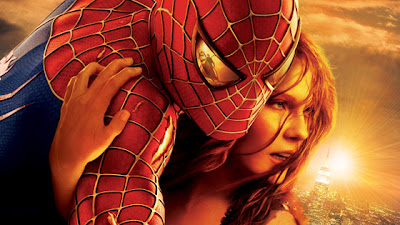 Spider-Man was one of the first superhero franchises to become a blockbuster success and set the standard for so many others to follow. Not only was it a major financial success, which insures sequels and copycats in , but it did so with an interesting choice for a director. Sam Raimi is best known for his contribution into the horror genre, but his unique style proved perfect for the telling of this beloved comic book story. If it weren’t for this trilogy which began in 2002, Christopher Nolan may not have been chosen for the Batman franchise, and it is likely Jon Favreau would not have directed Iron Man nor Joss Whedon The Avengers.

Spider-Man was one of the first greats, though we have come full circle again and ten years later another Spider-Man franchise has begun. Spider-Man 2 continues my theory that the second film in a franchise is always the best film in the series. Godfather 2 is better than the first, Empire Strikes Back is better than Star Wars and Sam Raimi’s follow-up film has the best storyline and special effects of the three. The romantic storyline also comes full circle in this one, leaving little but disappointment for the remaining third film in the Raimi trilogy. 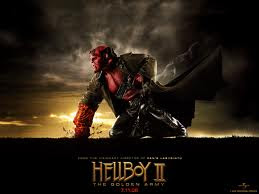 Guillermo del Toro, who also directed Hellboy but is probably best known for Pan’s Labyrinth, seems to have been given more freedom in making his Hellboy sequel after his recent success, and the result was breathtaking and exciting. The Mexican director’s talent in creating a magical and mystical world rival that of Peter Jackson, George Lucas and the few others that have once reigned the science fiction/fantasy world with a little bit of imagination and dedication. There is no denying that del Toro’s style is uniquely his own, with creatures that seem familiar to the designs he created for Pan’s Labyrinth, a very different kind of fantasy, but he also manages to try a few new things such as a fantastic war done only with puppet-like figures. The sequence in the Troll Market alone is a fantastic and imaginative world that immediately reminded me of the first time I saw Star Wars. In other words, ignore the fact that this is a sequel. If you haven’t seen the first film, don’t worry about it, but whatever you do, don’t miss this one.

The absurdity about this brilliant sequel was the fact that it was very nearly made when Sony decided to no longer fund Revolution Studios, which had made the first film, selling the rights away to Universal. With as many sequels as there are that don’t have the director’s dedication, and considering del Toro’s turning away the offers to direct I Am Legend, One Missed Call, and the forthcoming Halo and Harry Potter and the Half-Blood Prince, it is amazing that Sony didn’t realize what it was giving away. Fans of del Toro can look forward to another imaginative blockbuster from him this summer with . 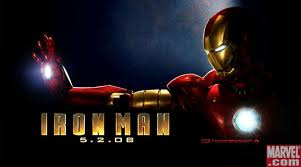 Much of the buzz for Iron Man surrounded Robert Downey Jr., an unlikely but extremely successful casting choice that looks likely to revive the veteran actor’s career just as Pirates of the did for Johnny Depp. stars as Tony Stark, the son and heir of a weapons manufacturing company on the cutting edge of supplying new weapons that are becoming more and more distanced from the battlefield. Stark is a technical genius reaping in all of the financial gain from creating more and more deadly weapons, until he is taken by a terrorist cell while in showing . After years of profiting from war, Stark is forced to witness it first-hand, afterwards leaving him a changed man in more ways than one.

He awakes to find that a magnet is placed in his chest, pulling the shrapnel away from his heart as the only means of keeping him alive, but this physical change is no less significant than the emotional change which has occurred in Stark after witnessing war. Stark finally sees the damage he has caused with his inventions, and as if inter-connected, coinciding with Stark seeming to grow a heart is the physical representation of an invention in the center of his chest that is keeping him alive.

Iron Man seems to be most impressive when considering the elements that were most unexpected. Downey Jr. is a prime example, beating out Tom Cruise and Nicolas Cage for the role, as is director Jon Favreau. Favreau has consistently as a director been able to combine things from the past with the relevance of today, and Iron Man is only the most recent proof of this. Favreau’s theatrical film debut was Made (2001), an independent comedy about incompetent men hired by a mobster in to take a trip to . Made was followed by Elf (2003), a film that combines all of the nostalgia of classic holiday entertainment (singing, stop-animation characters in the North Pole, and continuing with family entertainment there was the science-fiction adventure Zathura(2005), which was adapted from the children’s book by Chris Van Allsburg. Iron Man successfully brings Iron Man into modern day problems and issues, which were handled and discussed in a responsible manner without sacrificing the spectacle everyone has come to expect of superhero films. 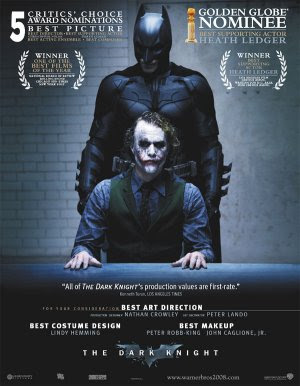 I was one of the few people unimpressed with Batman Begins. I enjoyed it, but having been an avid fan of Christopher Nolan’s filmography, it seemed to contain less of the complexity that I had come to expect from the filmmaker. Perhaps my expectations were too high, but there was no height that the follow-up film could not match in my expectations. Of the three films in Nolan’s trilogy, this one seems to me to have the most complete themes and concepts, paired with the coolest action and most impressive performance in the series.

I knew from the moment that Heath Ledger was announced dead that he was going to win an Oscar, despite the fact that The Dark Knight had not been released yet and the award ceremony was literally a year away. It was clear that his performance as the Joker would be the highlight of film, but somehow it doesn’t overshadow the film as much as elevate it to greatness that the franchise could never reach again. 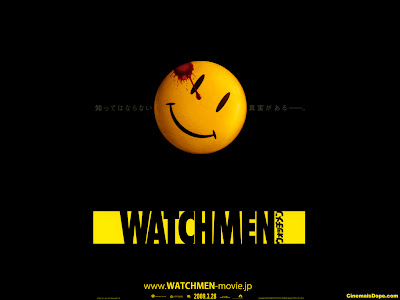 Director Zack Snyder was at a after the phenomenal success of 300, the epic graphic comic adaptation which was violently rated R. This secured enough credibility for Snyder to be allowed to adapt another violent graphic novel; one which was often said to be the greatest of the graphic novels as well as completely unfilmable. This was a script passed on by so many people because of the violent content, everyone but the fans seemed surprised when the anticipation began to build. There were lawsuits, the release was delayed, and ultimately the film probably made less money than everyone had anticipated. Part of the problem was the length at 2 ½ hours. Though it did not feel long while watching, fewer shows could be booked in most theaters and anyone aware of the length might opt for something less time consuming. Despite some excellent reviews, Watchmen was not seen by as many as anticipated. 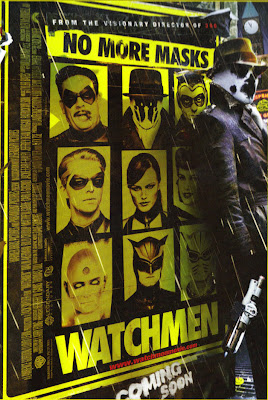 The story involves a group of retired (or forced underground) superheroes. They exist in a reality mostly similar to our own in that superheroes are just regular humans in masks for the most part. They might be extremely strong, but they aren’t endowed with special powers. They began as cops wearing masks to fight the criminals who escaped the system, eventually turning into an illegal pastime. The plane of existence is similar to our own with some differences, which allows for the first superhuman to be created when a scientist is altered by a mistake, and it is also a world where Nixon has been re-elected countless times. The has power with the superheroes, even using them to win Vietnam War.

This epic cautionary tale of being a superpower, in more than one way, is extremely violent but does not have much action. There are many fight scenes, but they are never fair fights, instead making them sequences of pure violence. Men punch and shoot unarmed women, attempting rape and escaping responsibilities. When the men fight each other there is always a disadvantage to one side, the superheroes able to break bones and splinter flesh while never becomes injured themselves. An elderly man is beaten by a gang of thugs, and countless other scenarios have one-sided fights that end in excessively violent ways. In other words, this is not a fun film as much as it is a painfully poignant one.