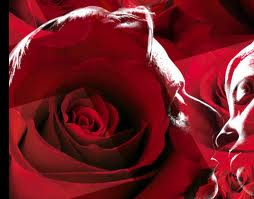 There was a great deal of hype inevitable to come with Francis Ford Coppola returning to direct a feature film for the first time (credited at least) in ten years. This is remarkable considering how passionate and consistently he made films earlier in his career, and many believe the reason to be that the stress from Apocalypse Now was too much for him too bear. Youth Without Youth did not cause any life threatening situations on Coppola, and in fact it was a film entirely produced by his successful vineyard in . This is a much more leisurely film by the director, who has obvious relaxed a great deal himself in the last ten years, and for this reason many fans were not entirely pleased with the film, already pining for a three-hour director’s cut that will be much better. It seems to me that this was meant to be a slower and more thoughtful film, and returning a few subplots back into the film is not likely to change anyone’s opinion of this intricate and intelligent film.

Part of the reason so many fans are convinced there will be a director’s cut is because of the fact that there was an initial three-hour cut made from the 170 hours of footage shot for the film in the 85 days of shoot. Much of the success of the film is due to the dedicated performance by Tim Roth as linguistics professor Dominic Matei. When we join Dominic he is an elderly man of about seventy, lamenting at the fact that he was unable to finish the book he has spent his life writing on the origins of language. Living in in 1938 the country is on the brink of war with and Dominic seems to be in even worse condition when he is struck by lightening on Easter morning. Surprisingly the old man doesn’t die, and even more surprisingly he begins to age backwards from 70 to 40, even growing new teeth in the process. This remarkable occurrence coincides with a German experiment testing what high currents of electricity will do to the body, so Dominic becomes a precious scientific treasure and must escape. Easily able to blend in considering they were trying to find a man who was 70, Dominic creates a new identity and begins exploring his new powers. Dominic finds that he has other new abilities, specifically ones involving knowledge, allowing him to have a superior gift to those around him however discreet he hides it. When Dominic falls in love he finds that he may be destroying her by the research he is doing himself for the book, and suddenly realizes he must make a decision to be the same or different than the German scientists that want to find and study him. Youth Without Youth is a touching and poignant film, though it may not be Coppola’s most accessible. It is a thinking film, brilliantly carried by thoughtful direction and impeccable acting.