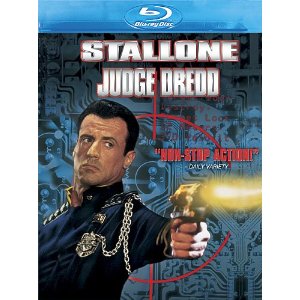 The new Judge Dredd film is to make up for the failure of the 1990s with Sylvester Stallone. Stallone has recently made a comeback in the action scene, thanks to The Expendables and a revival of his most successful franchises of the past. The action star has seen many lulls in his career, but Judge Dredd felt like the beginning of the end of the action star. It was simply unforgivable how bad the movie was in many regards, mostly because of how easily forgettable it was.

Based on a British comic book character, judge Dredd became something else entirely in the hands of Stallone, whose demands as a big star became so great that director Danny Cannon swears it altered the film. There is no denying this fact, since the comic book character is rarely out of his helmet, but Stallone spends a majority of screen time with his face free. This is what happens when you hire a big star to be in a movie.

Even with the low caliber action and zero believability, Judge Dredd is a fascinating disaster. The Blu-ray release if fitting for such a film as Judge Dredd, with only one special feature in the bonus section. It is making-of featurette entitled “Stallone’s Law.” Sounds about right. The high definition is also not the most impressive, while still an improvement over the DVD.