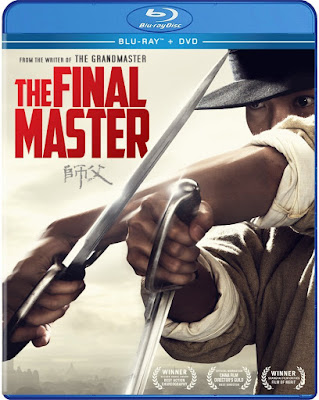 Set in Tianjin in 1932, the film begins with the arrival of Master Chen (Liao Fan), the last master of Wing Chun. Although he wants to open a school to teach this little-known style of kung-fu, Tianjin is saturated with schools and wary of foreigners. Chen’s only chance at opening a school is to become a local, and by training a local boy to prove the worthiness of his style. But in order to be taken seriously, Chen must sacrifice his student in a battle against eight established schools. He chooses Gen (Yang Song), a local street hood and plans to use him in order to get what he wants.

The initial plot already dismisses many of the long-established themes of traditional kung-fu films, but there are two things that get in the way of Chen completing his plan. The first is a change of heart which comes from a romantic relationship at the heart of the film. He marries a local woman named Zhao (Jia Song), who has a sullied reputation, as a way to appear connected more to Tianjin, but instead finds himself actually falling in love with her. This slow switch from arrangement to emotional connection also increases his guilt for planning to betray his student. Unfortunately, there are other dangers for Chen and his protégé, which threaten them both.

Using kung-fu to collude with a warlord (Huang), several schools begin to militarize, and only Chen stands in the way of this plan. Of course, the complexities of the plot and the characters enhance the film greatly, though many will be most impressed by the action that the story results in. Although the death count is extremely low, realism is favored over spectacle, and there are large stretches with little fighting, The Final Master does contain a last battle pitting Chen against an assortment of fighters. While Xu’s last film featured a protagonist known for his archery skills, this movie is all about blades. The double blades are Chen’s weapon of choice, but he faces off against a variety of other blades, from axes to swords and everything in-between. Paired with impressive cinematography, these few fights scenes are impressive in their own right.

The Blu-ray release of The Final Master comes with a DVD as well, but the exciting visuals and the screeching sounds of swords flying deserve to be seen in high definition, with DTS-HD Master Audio. The bonus features include two featurettes, one on the weapons in the film while the other focuses on the rising success of the film’s director. The film comes with English, Chinese, and Spanish subtitles.