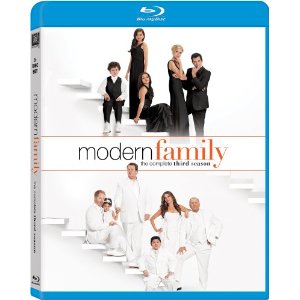 The mockumentary style of television has become a standard style after the success of “The Office,” though “Modern Family” gives it a suburban household twist. We don’t know why the characters are talking to the camera, but it provides ample opportunity for humor, as does the option of acknowledging the camera’s existence during the action as well. What it all comes down to is the interesting characters, and in this way “Modern Family” also seems to be mimicking the success of “The Office” or “Parks and Recreation.”

The show follows three families which are all tied together and are also conveniently comprised of three types of modern families. There is the traditional family with a wife, husband and their three children. There is also a family with an older man and a second and younger wife and a step-son, and the third family are two gay men and their adopted toddler. These characters are embellished further with extreme personalities and absurd situations.

Season three brings back more of the same silly fun, along with a plethora of new star cameos. The kids are growing up and changing quickly, except Manny who always acts like he’s the same age, it just never happens to be the age that he is. There is not much at stake in “Modern Family.” Nobody is getting fired and the relationships aren’t ever in real danger. The dynamic hardly ever changes even in the slightest and so the characters seem stagnant also. They are almost caricatures, but that doesn’t stop the show from being humorous. More importantly, it doesn’t stop us from caring about them.

The Blu-ray release of the complete third season includes all 24 episodes on the 3-disc set. The special features include some deleted and alternate scenes, a bunch of featurettes and a gag reel. There are plenty of extras to be watched, not to mention the perk of the Blu-ray ‘season play’ feature. Many of the featurettes of this season have to do with the many trips that the cast takes out of the suburbs this year, from to .