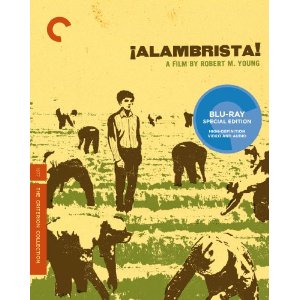 ¡Alambrista! is still relevant today, which is a sure sign that it was groundbreaking in its depiction of illegal Mexican immigrants when originally released in 1977. Remarkably made by a non-Spanish speaking filmmaker, ¡Alambrista! somehow still manages to capture the experience of migrating to the new land for work with compassion and raw realism. Writer/director/cinematographer Robert M. Young made his way into the world of film as a documentary filmmaker, which is helpful in creating the feeling that we are witnessing un-choreographed action even within this narrative film. We are a fly on the wall to the ostracized and ignored, experiencing the arrival to first-hand alongside our protagonist.
With the heart of a journalist and an activist’s attitude, ¡Alambrista! allows for Young to make a film with the political edge of his early documentaries while retaining narrative control that allowed him to clarify a message. This is done subtly though, with the use of documentary as stylistic choices allows for a feeling of realism to lull the audience into the experience rather than pounding a message into our heads with an over-written screenplay. Young understands the same methods as the Italian neorealist filmmakers in creating an authentic feeling narrative film.
After making the short film documentary, “Children of the Fields,” Young became fascinated with the brutal living conditions of the undocumented Mexican immigrants working in the fields. This is how the idea for ¡Alambrista! was born, following the journey of a single immigrant as he struggles to make money for his family back in . Roberto Ramirez (Domingo Ambriz) leaves behind a wife and newborn baby, hoping that the poverty in can be avoided by finding work in the fields of . After crossing the border, he finds that although there is plenty of work available for him, there are very few guarantees that he will get proper treatment or pay. There is also the constant threat of being deported by la migra, though this eventually becomes the saving grace for our homesick protagonist.
Originally shot with money from the Guggenheim Fellowship and aired on KCET and PBS in the fall of 1977, ¡Alambrista! went on to rave reviews at the Cannes Film Festival and a best film award at the San Sebastian Film Festival. Even with all of the positive attention, the film was still never given a theatrical release in the , and even disappeared for two decades before finally released on DVD for the first time. This Blu-ray edition includes a re-edited version from that DVD release, which allows for some additional humor and a slightly tighter running time.
The Blu-ray includes a new high-definition digital restoration with an uncompressed stereo soundtrack, with an optional audio commentary track featuring Young and co-producer Michael Hausman. There are also new interviews with actor Edward James Olmos and Young’s short documentary, “Children of the Fields.” The booklet insert also includes an essay by film historian Charles Ramirez Berg.