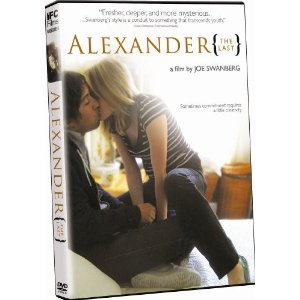 Filmmaker Joe Swanberg is at the head of the independent film movement often referred to as “mumblecore.” These films often include awkward nudity, natural lighting and mumbling dialogue. The attempt is supposed to be realism, but these films have often simply proved that reality is both depressing and dull. Though Alexander the Last is an improvement on Swanberg’s previous films, Hannah Takes the Stairs and Night and Weekends, this is not saying much. The improvement can immediately be attributed to the missing Greta Gerwig.
This endeavor deals with a complex storyline by mumblecore standards, though viewers unaware of the movement may still marvel that 72 minutes could move so slow. The story involves an actress (Jesse Weixler) married to a musician (real-life musician, Justin Rice), while also developing feelings for her on-stage lover (Barlow Jacobs) in her latest project. At first this relationship seems platonic, until the actress introduces her co-star to her wildly impulsive sister (Amy Seimetz). Jealousy takes hold and feelings are apparent.
The storyline seems to drive towards a predictable formula, but remarkably, it resists the urge of the inevitable. Though I must respect this decision, it doesn’t leave much of a film. There is a lot done with the simple storyline, but I couldn’t help but wonder what the point was.