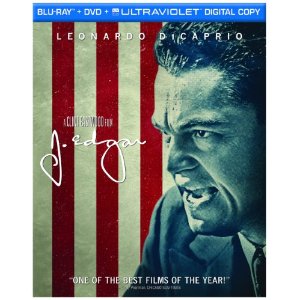 If there is a historical figure of political importance in the , it seems Dustin Lance Black will write a screenplay for their biopic. After bursting onto the scene and into the Oscar spotlight with his Harvey Milk biography, which was directed by Gus Van Sant, and to follow that success he has picked a less public historical homosexual. I am not suggesting that this is all J. Edgar is about, though it seems to drift through other subjects to focus on a single relationship the head of the Federal Bureau of Investigation had with his right hand man.
There is more focus and direction in J. Edgar than there was in The Iron Lady, which also had a bad habit of skipping over those boring political details. When dealing with the biography of a person known for their career, why is it that these films are so dedicated to their personal lives? Although this may make them more relatable, as we all can understand longing and love, it detracts from the details of their lives which made them significant in the first place. J. Edgar doesn’t play like an accurate biography. Much of the film is told to us as a memory, proven to be fallible and exaggerated. Not even the details we are given can be trusted as accurate, leaving only an idea of the enigma that J. Edgar Hoover was.
Another element that J. Edgar shares in common with The Iron Lady is the basic showcase of the leading actor’s abilities. We are meant to marvel at the adapting of mannerisms and speech. Leonardo DiCaprio has gone down this road before, and this is similar his performance as Howard Hughes in Martin Scorsese’s The Aviator. It is a recreation which is admirable enough, though I was always quite aware that he was acting. It lacks the nuance of Meryl Streep’s Margaret Thatcher and the natural quality of Sean Penn’s Harvey Milk, but it suffices for this moderately memorable biography.
Directed by Clint Eastwood, J. Edgar is fitted with the appropriate melancholy piano soundtrack and brisk pace. It also means that the characters spend half of the film hidden in shadows. The lighting adds to the style of the film, like it or not. It is distinctly Eastwood’s style. There is also a cast full of fantastic supporting players, including Naomi Watts, Josh Lucas, Armie Hammer and Judi Dench.
The Blu-ray combo pack release of J. Edgar comes with a DVD copy and an Ultraviolet digital copy. The only special feature included with this 137 minute film is a featurette about the adapting of a historical figure to film. The high definition is the highlight of the Blu-ray above special features, adding clarity to the shadows in Eastood’s framing.