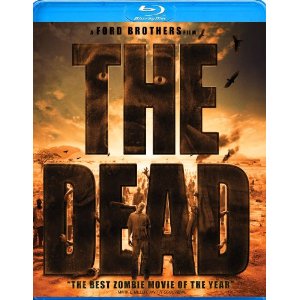 The different sub-genres of horror films come and go in waves. Depending on the climate of the times, the monster of popularity is chosen. The first of vampire films arrived in during The Depression, when the majority felt they were being drained of life by the rich. There was a conservative serial killer craze in the 80s, which monsters that all seemed to be doing the bidding of Ronald Reagan’s politics by killing only those who were acting immorally. Lately we have returned by to vampires, not coincidentally as the economy also began to slump. The other popular monster has been the zombie, which often comes within a post-apocalyptic framework. The Dead plays into the feeling that the world is ending, taking this political and social fear a step further by setting the entire film in war-torn .
After the undead apocalypse has begun in , an American Air Force Engineer is stranded in the hostile terrain. Lieutenant Brian Murphy (Rob Freeman) is the sole survivor of the last rescue plane, which goes down off the coast. The zombie virus has not yet reached the rest of the world, so all of is quarantined and Lieutenant Murphy must trek across the sun-parched landscape in search of a means to survive. His ability to fix mechanical objects comes in handy, though the terror is more widespread than he imagined. The only helping hand he comes across is an African soldier, Sergeant Daniel Dembele (Prince David Osei).
Though this is a zombie film which relies heavily on the fear of flesh-eating/disease-carrying undead, the plot also allows for it to be a film which discusses the minimal help provided by the American government when African countries are in turmoil. The dialogue between these two men bridges their separation, but not nearly as much as the actions they take to help each other. Sergeant Dembele has a son who is rumored to have survived, and with no way of escaping the carnage, Lieutenant Murphy agrees to join in this search.
The acting is occasionally quite brutal, the dialogue a bit cheesy, and the metaphors a bit too transparent. The zombie action is typical; not unlike dozens which have come before. This is not to say that The Dead is a bad film. It may very well be one of the better zombie films of the year, but it also signals the decline of this particular monster. The Blu-ray includes a commentary track with filmmakers Howard J. Ford and Jon Ford, as well as a generic making-of featurette and a few deleted scenes.

Email ThisBlogThis!Share to TwitterShare to FacebookShare to Pinterest
tags The Dead