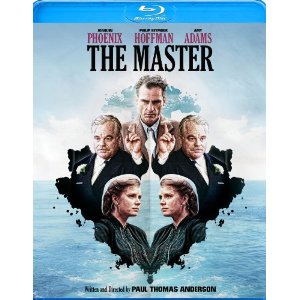 Filmmaker Paul Thomas Anderson does not make throwaway films. He has never taken a break from making art films for the occasional blockbuster, and it would seem that he is one of very few in who have not made compromises once blessed with success and fame. Even David Fincher made a remake and Christopher Nolan has cashed in on several franchises, but P.T. Anderson’s films get more complex, and often less enjoyable. The Master is as impressive as it is uncomfortable to sit through, a character study of intensely haunting proportions.

The film has many plot points which are worth mentioning, but at the heart of the film is an examination of a single man returning home from World War II. The post-war trauma which swept through the nation after the war was enough to inspire an entirely new and exclusively American film genre, the film noir. Although borrowing style from German filmmaking of the 1920s, film noir had an attitude and mood exclusive to the post-war anxiety men had returning home from the war to find they no longer had a place at home. Women had taken the jobs while they had been away, and control was lost for many of them.

The protagonist of The Master is one of these men, a drifter named Freddie Quell (Juaquin Phoenix, returning the screen for the first time since his poorly received prank). Freddie is more than an alcoholic, mixing booze with poisons and gasoline to give it extra kick. When this disturbed and aimless man crosses paths with a man named Lancaster Dodd (Philip Seymour Hoffman), he becomes entangled in a movement known as “The Cause.” Details are slowly revealed about this organization, which at times appears as more of a cult, but the film is much more focused on how this would appeal to a man like Freddie.

Though I don’t believe it comes close to being the masterpiece that was There Will Be Blood, The Master only further solidifies my belief that Paul Thomas Anderson is this generation’s Stanley Kubrick. At times he is ahead of audiences, but I believe that historians will look back at him as one of the greatest films working at this time. Though not always the easiest films to sit through, movies like The Master offer rich complexities which beg for repeat viewings. Spectacularly shot in 65mm, gloriously acted, and directed with precision, The Master is surely one of the best films of the year. Unfortunately, most won’t be willing to endure the unpleasantness in the plot to discover the intellectual depths of the film.

The Blu-ray includes outtakes and additional scenes, as well as a short film and behind-the-scenes featurette. The highlight of the bonus features, however, is a WWII documentary by John Huston, Let There Be Light. This 1946 documentary seems a likely source of inspiration for The Master, and opens the film up to even more understanding and analysis.