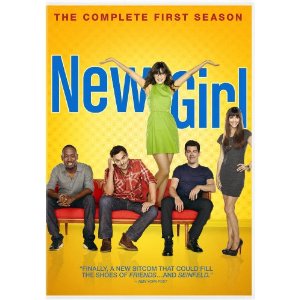 Sitcoms have changed in the last few decades. Four camera sitcoms filmed in front of a live audience on a stage still exist, but the more popular ones have found a way to push the boundaries and remain clever. A perfect example is the flashback storytelling of “How I Met Your Mother.” Even so, most sitcoms have now gone on to the one-camera version, which is not contained within the restrictions of a set. What makes a show like “New Girl” stand out from the other one-camera sitcoms isn’t plot. “Happy Endings” has a similar structure, and even stole one of the actors from the pilot of “New Girl,” but it is characters within this particular show which makes it memorable.

Producer and star of the show Zooey Deschanel seems to have had this role tailor made for her specific talents. The character of Jess is an optimistic school teacher with the habit of singing to herself and expecting the best out of humanity. After a bad break-up slightly shakes up her spirit, Jess move in with three even more pathetic bachelors. Schmidt (Max Greenfield) is the only one with any financial success, though he is also a womanizer and secretly dating Jess’s model friend, Cece (Hannah Simone). Coach (Damon Wayans Jr.) is replaced with Winston (Lamore Morris) after the pilot, because apparently one black actor is as good as the next for the show’s purpose.

The last roommate is Nick (Jake Johnson), a law school dropout turned bartender whose cynicism is a perfect counter for Jess’ positive attitude. In one classic episode these two characters fight over the intentions of their creepy landlord, leading to an outrageous battle of will. The complete twenty-four episodes of the first season of “New Girl” is included in this three-disc set. There are commentaries on three select episodes, including the pilot. There are also alternate jokes and a gag reel, audition footage and even a featurette on the fashion sense of the show’s star.

In the unlikely event you are not able to find the movie which you would like to watch, you're able to take advantage of watch series free at letmewatchthiscom.