Wrath of the Titans Blu-ray review 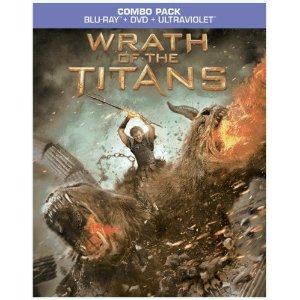 Some films don’t feel worthy of a sequel. Despite a large budget and occasionally impressive special effects, this is how I felt about Clash of the Titans. Then again, I also felt that way about Ghost Rider and G.I. Joe, so apparently this is the time for studios to revisit past failures. In terms of Wrath of the Titans, the sequel actually surpasses the original in most ways. From visual effects and action to the story and characters within them, Wrath of the Titans is a far better film than I had anticipated. The Blu-ray is also some of the more impressive high definition to reach home theaters in some time.
Sam Worthington returns as the half-god/half-human hero, Perseus, son of Zeus (Liam Neeson). When the gods begin to lose their power with a decrease in faith, it is an opportune time for Hades (Ralph Fiennes), god of the underworld, to unleash hell on earth. All sorts of evil warriors and creatures find their way above ground wreaking havoc on all they come across. When father of the gods, Kronos, is unleashed upon humanity, it will take effort from gods and demigods alike in order to destroy him.
The story is admittedly silly, and I would not fault anyone for having no interest in this special effects extravaganza, but there is a marked improvement from the original. Not just the effects have been improved. Even just the simple suspense of the film’s action is more gripping, as the improved effects allow suspension of disbelief with more ease. The high definition Blu-ray also has sound which will put any home theater system to work.
The Blu-ray combo pack also comes with a DVD and ultraviolet copy of the film. Exclusive to the Blu-ray is a Maximum Movie Mode, which allows for two unique interactive ways of viewing the film and special features. Included are storyboard comparisons, picture-in-picture featurettes, and film focus points.