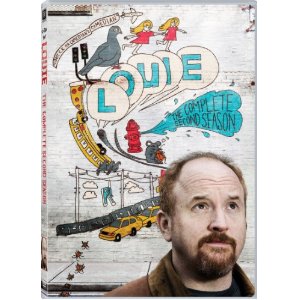 There is a fantastic opening to one of the episodes in the second season of “Louie” which starts like a sitcom. It is like the majority of sitcoms which comedians end up starring in; Louie is married to a far too understand and overly attractive housewife, though his behavior is inconsiderate and stereotypically male. Before this cliché storyline can continue, however, Louie stops it and we discover that he is attempting to make a sitcom but can’t bring himself to contribute to the longstanding tradition for comedians on television.
The reality is that “Louie” breaks all rules for television shows starring a comedian. It isn’t like “Everybody Loves Raymond,” but it also is nothing like “Seinfeld.” This is one of the few creative and unique shows on television, and I can’t think of another show to compare it to. The closest comparison would be “Curb Your Enthusiasm,” and even that is a stretch because it is far less irreverent. Louie C.K. is not only one of the best comedians working today, but he also has one of the most unique and creative minds in television.
Season two takes even more chances than the first season. There are also far more awkward moments. From a remarkably profound episode in on a U.S.O. tour to a true-life addressing of joke theft between Dane Cook and Louie, season two is willing to bend the boundary of comedy to drama as well as reality to fiction. Other uncomfortable cameos include Chris Rock and Joan Rivers, though it is always the comedian’s complete control over the show which makes these appearances more than average.
Season two includes thirteen half-hour episodes, though the episode (“Duckling”) is an hour-long. All season two episodes are fit onto two discs, along with a few special features of deleted scenes and commentaries by Louie on select episodes. There is also a Fox Movie Channel special about the series.