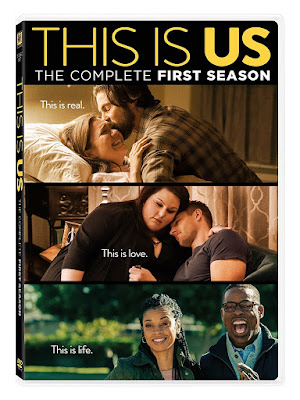 The show continues to jump back and forth between the past and the present, giving us glimpses of the childhood of two twins and their adopted brother, while also showing us where they are in life now. Kevin (Justin Hartley) is a sitcom actor who is unfulfilled by the superficiality of his success, and a longing for deeper roles takes him to New York to try his hand at acting on the stage. This brings him closer to his adopted brother, Randall (Sterling K. Brown), who lives in New York with his wife, Beth (Susan Kelechi Watson), and their two daughters. Randall has his own crisis of identity when he tracks down his biological father (Ron Cephas Jones) and discovers that their time together is limited. Meanwhile, Randall and Kevin’s sister, Kate (Chrissy Metz), struggles with weight loss back on the west coast as she falls in love with a man from her support group (Chris Sullivan).

The only problem with the show is that the premise can’t be carried out as successfully as it is introduced, if only because some of the characters existing in the past eventually show up in the present. In the pilot, we are introduced to Rebecca and Jack Pearson (Mandy Moore and Milo Ventimiglia), the parents of the three grown children that make up the modern storyline. During the flashbacks, this works great. Moore and Ventimiglia have great chemistry and it helps the show to provide background into Kate, Kevin and Randall’s past. Where this premise gets less convincing is in the decision to allow Rebecca to exist in modern times, with Moore still playing the character. Despite Moore being younger than all of the actors playing her children, the production simply slaps a little old age make-up on her and asks that we suspend the disbelief brought by having a young woman pretend she is decades older than she actually is. While it is not enough of a flaw to destroy all that works in the show, this is quite clearly a mistake.

If some of the production elements read as false, the show recovers due to the strong writing. Even when the situations occasionally feel contrived or the age difference in casting is distracting, the writing has an authenticity that makes all of the series flaws feel less significant. Often this is used in order to tackle larger issues such as racism, bullying, and fatherhood for nearly all of season one episodes, while other times it is as simple as capturing the details of well developed characters. Credit must also go to the cast, which takes the well-written words and makes them their own. I still found myself scoffing at some of the contrived plot developments, especially the convenience with which things always seem to work out for Kevin by the close of season one, but found the writing and acting refreshing enough to keep returning week after week.

As is the case with nearly every popular show these days, “This is Us” has an aftershow with the cast and crew discussing each episode. All of these aftershow episodes are included in the special features for season one. Season one has eighteen episodes, all of which are included in this five disc set.