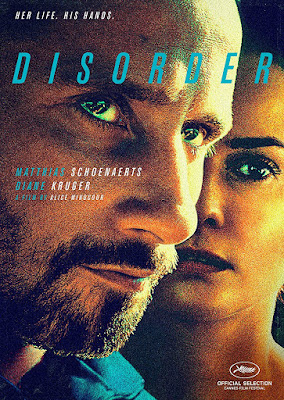 Matthias Schoenaerts gives another committed performance as Vincent, a role written specific for the actor. Vincent is a discharged Afghanistan veteran, still suffering from the aftereffects of the war when he takes a job as a private bodyguard for a wealthy Lebanese businessman. Though Vincent is instinctually suspicious of the activities carried out by his employer, supposedly due to the racial resemblance he shares to those that he has returned from fighting, he dedicates himself to the job in order to protect his boss’s French wife and their son.

Vincent spends more time focused on protecting the wife than his actual boss, but the inner workings of Jessie (Diane Kruger) are as much a mystery to the audience as they are to the bodyguard. Why is she in this marriage? She often appears as little more than a trophy amidst countless other possessions in their luxurious French Riviera villa, held captive by the unseen dangers which Vincent is hired for. Much is left unsaid between these characters, and most of the film’s ideas and themes must be inferred from the effective performance from the leads.
Though effective at his job, rough-around-the-edges only begins to describe the way Vincent behaves. Even as he is performing his duties, Vincent can’t help but investigate his employer. As well as seeing danger in most situations, Vincent also begins to suspect the integrity of his boss’s actions, and all of this is compounded by his quick temper and knee-jerk reactions. When some of this paranoia turns out to be warranted, including the questionable legality of his employer’s business, Vincent is all that remains to protect Jessie and her son from an onslaught of attacks.

What begins as a suspenseful drama about PTSD quickly devolves into a home invasion action thriller in the final act. While that does present adequate evidence of Winocour’s ability to direct in several different genres, the film feels more like two halves than one complete film. Each of the two halves only remain connected due to the dedicated performance from Schoenaerts, easily one of the most underappreciated actors working today. Not too long ago Tom Hardy was in this position, so effective at embodying each role with a raw energy that it rarely reads as acting at all. In fact, the two actors faced off against each other in the excellent but underappreciated crime film, The Drop. His commitment to the role in Disorder meant forced sleep deprivation, a method that effectively adds a layer of tension to his character’s paranoia. Mark my words; we will be seeing a lot more from this actor in the future. We will also likely more of this narrative, as plans for an American remake of Disorder are already underway.

The only special features included are two trailers for the film.