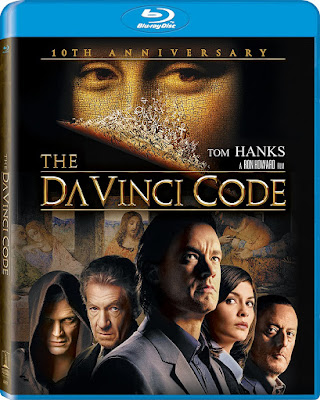 With as much fuss as was made over the ‘controversial’ book by Dan Brown at the private university I was attending when it came out, I expected the film to be far more offensive. Instead I remember very clearly that the only thing I found offensive about Ron Howard’s long-winded adaptation was how dull it was. What little action the film did have was awkward and rarely enjoyable. From watching Paul Bettany punish himself for his many sins to the countless chase scenes, the action ranges from uncomfortable to predictable, and the theatrical cut seemed intent to keep the religious interactions to a minimum. They must have been worried about offending religious groups too much. 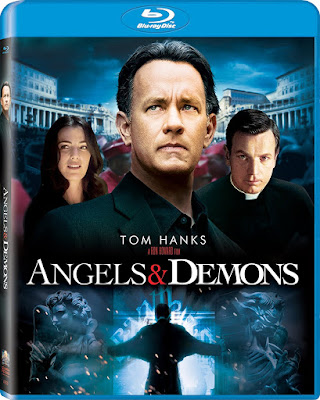 After seeing The Da Vinci Code, I had little desire to see the remaining films adapted. My only interest in Angels and Demons was the casting choices of new characters, including Ewan McGregor. And an improved haircut for Tom Hanks gave me hope. Unfortunately, too much of this film, like the first one, is full of absurd plot twists and the ridiculous manipulation of history for the use of chase scenes and assassinations.

This isn’t so much as a sequel from the first film as it is a new tale with the same protagonist, symbologist Robert Langdon (Hanks). Langdon is summoned to Vatican City upon the death of the pope. As the Cardinals lock themselves in to decide who the next pope will be, the four top choices are tortured at various churches around the city. There are also threats of a bomb which uses the latest scientific achievement to blow up the entire Vatican. Rather than evacuating the city, the Swiss Guard spends the evening chasing down an assassin in the city. Logic doesn’t play into the story well, but instead plot devices occur simply to carry out the theme or basic idea of the narrative. Basically, the film makes little sense as it bends in order to stick a history lesson into the plot.

This time there are no questions about Christ or his ancestors, but instead it deals with an age-old conflict between the Catholic Church and the Illuminati, a fight between religion and science. The film will gladly pause the chase sequences and forget the ticking bomb long enough to have a debate about religion and science, though ultimately neither will ever win completely within the film. It is too safe for that, and safe is rarely entertaining to watch. I found myself vaguely more interested in the film than the last one, but perhaps that is simply because it had many more scenes of action and far less of the ramblings about symbols. Sometimes it just feels like a National Treasure film that takes itself too seriously.

Both Blu-ray releases come with a Digital HD copy of the film. All of the special features have been carried over from the extended cut Blu-ray releases, and scenes from these versions are also in the extras of these new releases. The only original extras include a sneak peak at the upcoming film, Inferno, though it is hardly more than you might expect to see in the typical promotional featurettes and trailers. There is also a new featurette on each Blu-ray release, with interviews from the franchise’s key players: Tom Hanks, Ron Howard, Dan Brown, and Brian Grazer.