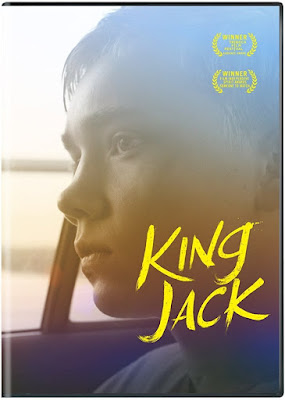 The slice-of-life narrative follows 15-year-old Jack (Charlie Plummer) through a difficult day in the beginning of summer. Life is already rough for Jack, nicknamed Scab by a group of older bullies at school and dismissed by the girl he has a crush on. During the last day of class before summer break, Jack discovers that he must attend summer school, and has a sensitive picture sent to his love interest shared amongst all the girls in his class. The bad new continues when the mental health issues of his aunt results in a sudden unwelcome visit from his younger cousin, Ben (Cory Nichols).

Full of the bravado of young men, Jack’s ego is constantly in danger of being wounded. After he and Ben have an encounter with a group of school bullies (led by Danny Flaherty), Jack’s resistance lands a significant blow. This small victory is followed by their relentless pursuit and the threat of revenge to come. The tension of the narrative works because of how convincingly these actors embody their roles. Rather than the typical 20-year-old actor playing a teen, these actually resemble kids in high school.