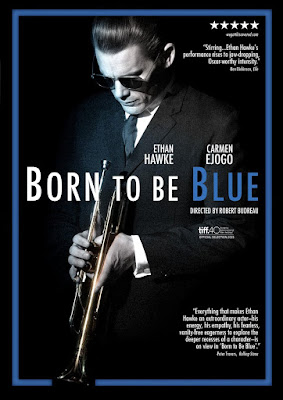 After years of heroin addiction and a debilitating injury left Baker (Ethan Hawke) in trouble with the law and unable to play the trumpet like he once was able to, the jazz icon was forced to find other ways of surviving. Inspired by a new romance with an actress named Jane (Carmen Ejogo), Baker begins the difficult road to recovery in hopes that he will eventually play like he once did. By focusing on only Baker’s comeback, filmmaker Robert Budreau provides Hawke with a much more concise character study of a specific time in the middle of the musician’s life and career. This isn’t about the period in which Baker made his best music, but it wisely focuses on a turning point which would ultimately decide the path he would take for the rest of his career.

The one downfall in choosing the period in which Baker’s career was washed up is the limited sequences of musical performances. The film also makes it quite clear that Baker’s sobriety impedes upon his ability to play jazz music to the best of his abilities, so that even the performances we are given are often presented with a struggle. This makes for an incredible performance from Hawke, but may disappoint some fans of Baker’s music hoping for more jazz than drama. There is more influence from jazz within the construction of the film’s improvisational style than is actually presented within the narrative.

The DVD includes a behind-the-scenes featurette, as well as a few deleted scenes and the film’s trailer.