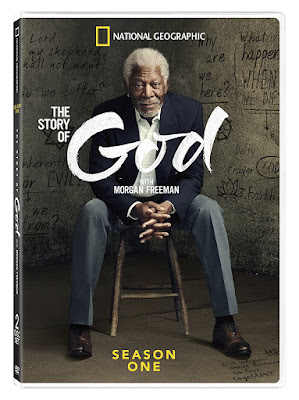 Even though there are many who don’t believe, it is the act of questioning which ultimately feels most human. Freeman makes this common practice come alive by asking questions of experts in a way that feels manageable. He is curious rather than set in his own beliefs, conversational when the series could easily slip into a more scholarly approach. The result is a series that is determined to ask relevant questions rather than to propagate the expected biblical answers. While this may not appease every person already set in their faith, it is far more helpful to the vast majority still uncertain. And even those with well-established beliefs counter to those found in church, the series still provides a wealth of historical information beyond mere faith. Religion is a large part of culture, whether you believe or not, and “The Story of God” makes sure that these historical aspects are addressed in equal part.

There is also a level of access within this documentary which is somewhat unprecedented. Some of the locations are rarely seen on camera, because they are considered sacred. These holy places were somewhat difficult to shoot in, but none of this is seen in the documentary program. Even if it took some finagling on the part of the production, “The Story of God” ends up with fantastic footage within some of the holy locations in Israel, among others. And despite this access, the series never feels intrusive. There is a level of respect that is retained, in the way that the footage is presented as well as the demeanor of Freeman in each situation. Regardless of how you may feel about organized religion, it is difficult to imagine a better host for this program.

The first season of “The Story of God” contained six episodes, each tackling a different theme or aspect of religious beliefs. These six episodes are included on two discs. There are no special features, though I do think it is significant to mention that a portion of the proceeds from the DVD sales will support National Geographic’s nonprofit work in conservation, exploration, research, and education.