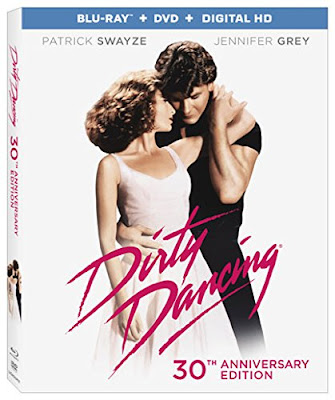 At a certain point, with films as successful as Dirty Dancing, cultural impact becomes more significant than critical reactions. Dirty Dancing may be far from a masterpiece, but it has had lasting popularity that can’t be ignored. Despite all of the cheesy lines and contrived romantic melodrama, this is still a film that is easily quotable and difficult to switch away from when stumbled across on television late at night. Sometimes a guilty pleasure is the greatest pleasure of them all.


Following the success of Flashdance in 1983 and Footloose in 1984, Dirty Dancing provided the same modern fascination with dancing with a period film set in the 1960s. This allowed for modern sensibility to be paired with the nostalgia of classic oldies music, in a love story about star-crossed lovers. Frances “Baby” Houseman (Jennifer Grey) begrudgingly joins her family on a summer vacation to a resort in upstate New York’s Catskill Mountains. Despite her privileged upbringing and the expectations that come with it, Baby finds herself falling for the working class dance instructor, Johnny Castle (Patrick Swayze).

On top of tackling issues of class, Dirty Dancing is famous for its discussion of sex, set during a time when it was not discussed. While Footloose made the argument that dancing did not have to be sexual, Dirty Dancing leaned right into the chemistry between dancers. Not only is Baby’s decision to dance with Johnny somewhat of a sexual awakening for her, the movie also includes a sub-plot involving a clandestine abortion (they were still illegal in the United States during the period the film is set). But beyond the underlying social and political messages of the film is simply a love story, and that is what seems to keep this film a modern classic.

Despite a 25th Anniversary edition having been released just five years ago, the 30th Anniversary Blu-ray still manages to find new extras to pad the latest edition. With over six hours of special features, this latest Blu-ray release is for more than the casual viewer. Including many of those extras that were on the 25th Edition release (as well as the numerous releases before that), this Blu-ray also has new never-before-seen interviews with the late Patrick Swayze, as well as a newly created fan tribute to the beloved classic. The previously released features include two commentary tracks, numerous cast interviews, tons of additional footage (in the form of deleted scenes, extended scenes, alternate takes, and a blooper reel), music videos and more.