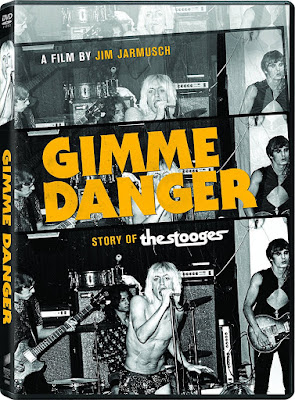 Despite an anarchistic title and the chaotically unprofessional band that the documentary is about, Gimme Danger ends up a rather bland film experience. The biggest problem is that this film is far more interested in Iggy Pop than all of the remaining members of The Stooges combined, with his interview taking up at least 85 percent of the run time. There are large sections of the film which simply contain Iggy recounting stories from his past, which may be of interest to his biggest fans but doesn’t serve the documentary’s narrative well. Even as we trace the origins of the influential punk band in a conventionally linear fashion, the film often feels as distracted as the band during their many drug-fueled years.

I can understand why the focus remains on Iggy, as he is the most recognizable name and face to emerge from the success of The Stooges, but this one-man show is not always as interesting as one might hope. Some of the stories are priceless, though there are just as many moments that simply feels like filler. For instance, what was the significance of the story Iggy tells about the one time he thinks John Wayne nearly ran him over in Los Angeles? And how many of his stories of drug use seem to end without a clear understanding of their relevance? These scattered thoughts keep the film from being more than edited together ramblings from a rock legend, when nothing Iggy says in interviews is half as entertaining as the vintage concert footage of him performing.

Director Jim Jarmusch and his editors, Affonso Gonçalves and Adam Kurnitz, seem to understand how lifeless this documentary would be with only Iggy’s interviews, so they amp up the visuals to counter often lethargic narration from the front man. There are overlapping images, cutaways to psychedelic posters and still shots of the band, old performance clips, and even a few sequences of fairly inconsequential animation created by James Kerr. And when that doesn’t work, occasionally they even let one of the other Stooges talk.

My criticism of this film may be somewhat harsh, but that is only because I don’t approach the film with the benefit of being a fan. This is a film clearly made by a fan for the fans, and it doesn’t do much to convert non-believers. Even if some of the concert footage proves that The Stooges were a cultural phenomenon, there is not nearly enough focus on the music itself to defend Jarmusch’s argument that they are the greatest rock band of all time. They may have been more important to the history of rock and roll than I had imagined, but this documentary still feels as apathetic as the punk rock performers in their prime.

The DVD release includes no extras.