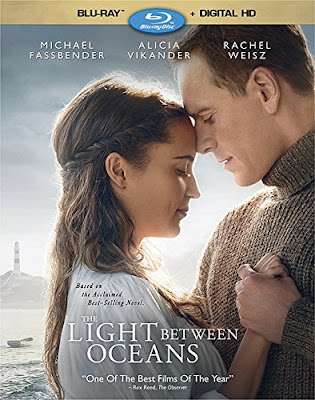 The film introduces the romance at the center of the narrative rather quickly, as war veteran Tom Sherbourne (Michael Fassbender) takes a temporary job as the keeper of a lighthouse on a remote island off the coast of Australia. In his visits to the mainland, Tom encounters a young woman named Isabel (Alicia Vikander) and begins to woo her, though she is often more of an initiator in the romance than he is. Their relationship develops over the course of a few brief visits and a couple of letters, and before long they are married and sharing each other’s company in the solitude of the lighthouse island. It isn’t so much that their relationship feels rushed, but rather that the lengthy film feels off-balanced by the amount of sadness which follows these early sequences of romance.

At first, all is well for Isabel and Tom, who begin to build a life together on the island. When they attempt to start a family, this happiness quickly turns to heartache. After the devastation of two miscarriages, Isabel begins to lose the light that she had when first falling in love with Tom, but this all changes when a drifting lifeboat brings an infant ashore. As the man with the child is already deceased, Tom and Isabel make the decision to raise the infant as their own, pretending she is the result of one of Isabel’s failed pregnancies.

This begins the second happy portion of the narrative, though it is tinged with the truth about their deceit. When Tom investigates and discovers that the mother (Rachel Weisz) of their adopted child is still alive and mourning the loss of her husband and infant, he is overcome with guilt. Stuck between doing what he knows is right and what will make his wife happy, Tom is put in an impossible position. This weighs down the remainder of the film, as the path to an inevitable resolution is dragged out to a 133-minute run time.

There is a lot that works within The Light Between Oceans, though it feels buried in a film that feels at least 20-minutes too long. Fassbender and Vikander have a natural chemistry, which may to do with the fact that they were actually dating. And the fact that they were actually dating may have something to do with the fact that Cianfrance had them live together for their six weeks on set. No matter how compelling the performances, however, there simply isn’t enough for the actors to do within the narrative. The misery ends up being dragged out just to pad the narrative, and that’s when Cianfrance’s film begins to feel indulgent.

The Blu-ray release of The Light Between Oceans highlights many of the film’s assets, including its spectacular photography of magnificent locations. It is a film that looks great, even when the drama doesn’t always match that excellence, making the high definition presentation a worthwhile upgrade. There are only three special features on the disc itself, but at least two of them are worthwhile. The highlight of the extras is a commentary track with Cianfrance and his former Film Studies professor, Phil Solomon. “Bringing The Light to Life” is a making-of featurette that is just over 15-minutes long and covers nearly all of the crucial elements of the filmmaking process. Even though this includes discussion of the location choices, “Lighthouse Keeper” is an additional featurette that focuses on the location of the lighthouse and its unique history.