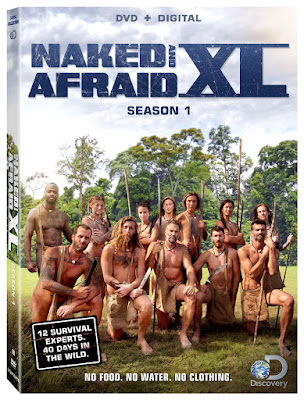 The original series, “Naked and Afraid,” paired up two survivalists each episode to last 21 days in various remote locations, while this show continues the story of 12 of these show veterans lasting 40 days. They each begin in teams of three, but tap-outs and merging groups quickly change the dynamics. In the end, this is a show about the usual reality TV melodrama of clashing personality types, ensured by the casting of some of the original show’s most infamous contestants. While “Naked and Afraid XL” spends a brief amount of time showing what they actually do to survive, far more is expended on their inability to get along with each other.
Knowing the way that reality television tends to work, I have no doubt that some of the dynamics were enhanced and manipulated in the editing process. There are those who claim even more intrusion from the production while they were actually in the wilderness, but I am going to stick with what is actually presented rather than delving into theories about the state of reality TV. In the end, this is little more than mild entertainment despite airing on the Discovery Channel. Educational content is as rare as the items of clothing worn.

The most obvious manipulation from the producers seems to come from the pairing of the teams, though they devolve rather quickly anyway. There is an all female trio, a team of men, and two teams with either sex outnumbered by the other. Predictably bringing back one of the worst females from the original season to be paired with the two men is an obvious ploy, and it doesn’t take long for her to become completely irrational and begin performing for the camera. She (I won’t bother saying her name, because these reality-TV fame-whores have already had their fifteen-minutes) has long since admitted to faking health problems during the original challenge, footage which is shown repeatedly during this show. Survival hardly seems to be as important as being on camera for her, and she acts appropriately unreasonable in order to get the attention desired. Logic and skill never matter as much as ridiculous behavior, especially since they pair her with the season’s most abrasive man.

Unfortunately, women do not come off looking too good on this show. Along with the previously mentioned train wreck of a human being, the other women on the show spend far more time talking behind each other’s backs, participating in more passive aggressive behavior than survival techniques. Several of them believe that laziness is the only way to survive, though they are more than happy to leech off of the efforts of others willing to do the work. This even results in an all-female team quickly pairing with men that have better resources, despite their initial boasts of gender pride. The laziness of many is fed by the graciousness of the few who actually do something to survive, rather than just waiting it out like some kind of starvation endurance test.

All of this crappy behavior is briefly addressed in a reunion show, though even this is filmed without a host and lacks the kind of direction fans must have desired. Apologies for clearly despicable behavior feel forced, like a performance to save face in front of the camera. The only clear message is that many of these people have some serious social deficiencies to sign up for a show like this in the first place. But it makes for entertaining trash TV, which is the only real demand of reality programming.

The first season is comprised of 8 episodes in the wild and a reunion show to replay the same key moments a few more times. If you removed all of the overlapping footage, such as scenes shown at the beginning of the episode, just before a commercial break, and then repeated again following the commercial, this easily could have been a couple hours shorter. Dragging drama out on broadcast television allows them to keep audiences from changing channels during the break, but it becomes overwhelmingly redundant on DVD. This show would have been far easier to endure with an alternate cut for home video.

All nine of these episodes are included in a three disc set. There are no special features, but a Digital HD copy of the season does come with the purchase.