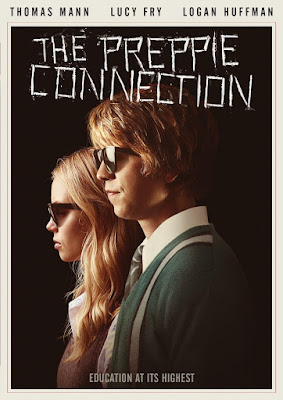 The movie is appropriately narrated by outsider Toby (Thomas Mann), a scholarship student from a blue-collar family attending an elite boarding school at the request of his unsatisfied mother. Despite having a hard time fitting in with the rich kids he goes to school with, Toby finds a way to be needed rather than liked. At first he is simply bold enough to find marijuana for them, but quickly discovers that cocaine is their drug of choice. With a convenient friendship to a student whose father is the ambassador of Columbia, Toby turns an innocent trip into a smuggling mission for the popular kids. As is typically the case with young men, his actions seem to be much more about impressing a girl (Lucy Fry) than becoming rich.

With no attempts to hide his bold actions from his fellow students, Toby quickly develops a reputation. In order to maintain this rebellious image, he must make return visits to Columbia, essentially starting his own drug trafficking business as a teenager. The film doesn’t seem to have much further to go from here, focusing on his romantic longings and some over-the-top sequences of suspense. This is certainly one of those situations where the truth is far more interesting than any cinematic embellishments.

Like the time period the film takes place during, The Preppie Connection has a glossy surface appearance and not much depth. The message of the movie is not subtle and doesn’t need the brief 97-minute run-time to get its point across. A majority of the film is spent idealizing the very thing that it hypocritically attempts to condemn. Many crime films do this, but they usually tend to have more relatable characters. With this and his self absorbed role in Me and Earl and the Dying Girl, I’m afraid Mann is becoming the go-to young actor to play smarmy teenagers we are meant to sympathize with. He is naturally likable, but the movie justifies Toby’s every action with over-used voice-over narration. Eventually the story is painted into a corner and submits to melodrama as the final cinematic note.

The DVD release of The Preppie Connection comes with two optional commentary tracks. The first features director and co-writer Joe Castelo, while the second has supporting actor Logan Huffman for some reason. I guess Mann was unavailable, but this doesn’t explain why the actor wasn’t at least joined by the filmmaker in his commentary. There is must something strange about a solo commentary given by an actor who only appears in about half the scenes. The remaining special features include a behind-the-scenes featurette and a trailer.