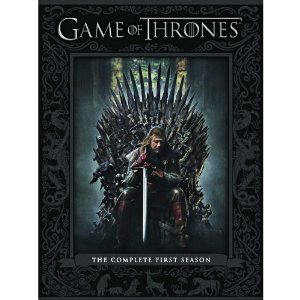 HBO made a grab for the reigning title of television this past year, desperate to get back to the top where they remained for so many years before AMC started making original programming. Prior to “Mad Men” and “Breaking Bad,” it always seemed to be HBO getting the attention and acclaim. Now with “Boardwalk Empire” and “Game of Thrones,” there are strong indications of a push for better television. Both of these series were highly successful in this endeavor.
“Game of Thrones” is an elaborate and well executed medieval fantasy series, based on the best-selling book, A Song of Ice and Fire, written by R.R. Martin. From costumes to set pieces, it seems no expenses were spared in creating the fantasy world of “Game of Thrones.” It is a world in which the weather can stay the same for decades and brutally skilled creatures are in the forests. But this all falls secondary to the familiar politics over control of the Seven Kingdoms of Westeros.
As the royal family members are shaken by betrayal and deceit in an ambitious reach for the Iron Throne, there are also supernatural forces taking place. The series is filled with many unexpectedly violent moments, amidst a solid storyline with well cast actors. This cast is headed up by Sean Bean as the patriarchal figure, Lord Eddard “Ned” Stark. The cast also includes Peter Dinklage, who won a Best Supporting Actor Emmy for his performance.
The DVD release of season one includes a complete guide to Westeros, which is an interactive compendium of the noble houses, making the storyline much easier to follow. There is also a generic 30-minute making-of featurette and character profiles for fifteen of the essential roles and the actors who play them. Additional features cover the construction of the title sequence and the many aspects adapted from the book, from the Dothraki language to the patrol of men along the 700 foot ice wall. There are also audio commentaries on seven of the ten episodes that make up season one.