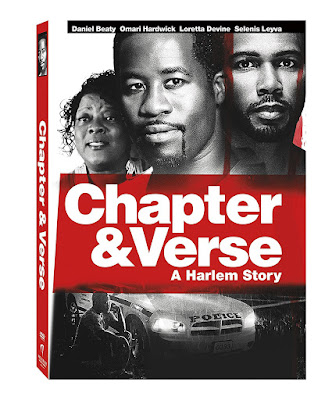 The story follows reformed gang leader, Lance Ingram (Daniel Beaty), released from prison after a ten-year sentence. Lance finds a whole new generation of young gang members on the streets of Harlem, but keeps to himself in an effort to get his life back on track. After spending his time in prison learning about computers, Lance hopes to find a job where he can make use of his newly acquired skills, only to discover that the world is not willing to take a chance on him. Forced to take a job as a deliveryman for a food pantry (run by Selena Leyva of “Orange is the New Black” fame), Lance befriends Ms. Maddy (Loretta Devine), a 60-year-old woman on his route. Their unlikely friendship brings out a fierce protectiveness in Lance, which eventually extends to Ms. Maddy’s grandson, Ty (Khadim Diop).

Lance sees that Ty is heading down the same path that led him to prison, and gently intercedes. Despite early scenes of Ty showing typical teenage arrogance and anger, refusing to accept the knowledge of Lance, we immediately know where this is headed. Even when Ty begins to see the light, the gang leaders in the area aren’t so quick to let him escape the life, leading to an inevitable and predictable confrontation. The dialogue and acting in Chapter & Verse is a little too effortless for the contrivances of the film’s conclusion to go unnoticed, but even the impulse to wrap everything up too neatly can’t destroy the journey getting there.

Beaty gives a debut performance that always feels genuine, even when it is a bit amateurish, and is surrounded by actors who feel authentic to the setting. Even the inclusion of several TV actors in the cast does little to tear down the realism created by director Jamal Joseph, which only occasionally suffers from its limited budget (a better sound design would have greatly improved the film’s final sequence). Chapter & Verse may be missing some of the visual poetry of a film like Moonlight, but it is still easy to imagine this low budget film standing up to a double-feature viewing alongside last year’s Best Picture winner.