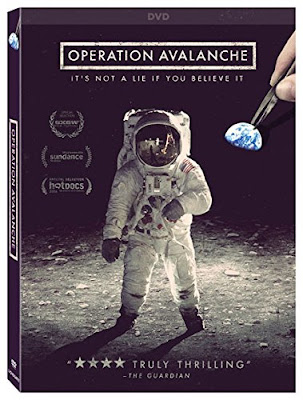 Taking place during 1967, Operation Avalanche follows a pair of CIA agents posing as a documentary film crew in order to infiltrate NASA during their efforts to reach the moon. Their initial intentions are to investigate the possibility of a Russian mole working within NASA, but their investigation exposes another secret instead. Despite the many claims that Americans will be the first to walk on the moon, these agents discover that this won’t be possible for several years. What began as a spy mission to expose a mole becomes a top secret experiment into the feasibility of faking the moon landing.

Conspiracy theories about the authenticity of the moon landing footage have existed for some time, and Operation Avalanche latches onto these in order to create a realistic recreation. While it takes some suspension of disbelief to swallow the fact that 1960s-era cameras are used as spy cams, despite their noisiness and bulky size, the remainder of the film does its best to provide an accurate estimation of how this conspiracy theory may have been possible. Whereas most found-footage films begin grounded in realism only to devolve into ridiculous spectacle, Operation Avalanche has a rare level of restraint which ultimately makes for a better film.

Although the filmmakers go to great lengths to recreate the history and accurately depict how the conspiracies may have been possible, the film’s shortcomings can be found in the actual dialogue spoken. Writer, director, and star Matt Johnson uses primarily improvised dialogue, which has the feeling of actors trying to think of something clever to say rather than the casual realism he may have been going for. Quite simply, it is often apparent that the actors are performing for the cameras, rather than just existing in front of them.

This also may not have been quite so distracting if the narrative remained on the task at hand, depicting the theories of faked moon-landing footage. Operation Avalanche instead becomes distracted by unnecessary sub-plots involving the characters, including a seemingly endless spat between the two CIA agents when one of them keeps a secret from the other. This mild melodrama does little to enhance the narrative and only seems to exist in order to pad the run time.

The DVD special features include several behind-the-scene featurettes, including one showing the methods used to brings Stanley Kubrick to life again, as he is a major component in many theories about the filmed moon landing footage. There is also a commentary track with key crew and cast members, and a handful of unnecessary deleted scenes.