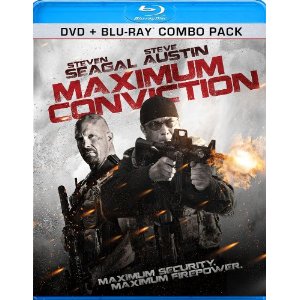 The action is sub-par for a theatrical film, but for straight-to-video it comes closer than I expected to the action films of Seagal’s glory days. There is even a compound fracture within one of the fight scenes, which is sure to please fans of the 80s action star. The Blu-ray high definition enhances the action further, though the gunplay is far from impressive in the audio track. The special features include a commentary track with executive producer/director Keoni Waxman and executive producer Binh Dang. There is also a behind-the-scenes featurette, a featurette about the two action stars and interviews with them as well.