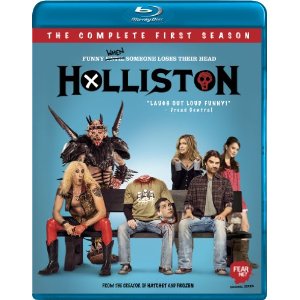 This Fear.net original series is unique and worth checking out for horror fans. All of season one is fit onto Blu-ray disc, with a running time of just under four hours. There are cast commentaries on select episodes, as well as bloopers and deleted scenes. There are also some making of featurettes and behind-the-scenes footage.