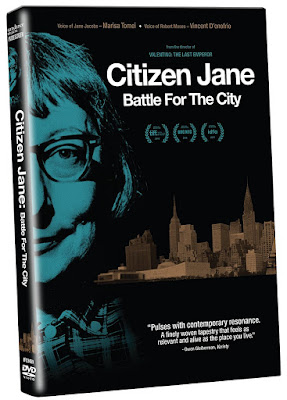 Building off of the opinions from Jacobs’ book, “The Death and Life of Great American Cities,” while simultaneously serving up historical background of its creation and success, Citizen Jane sets out to argue that cities need the chaotic sprawl that makes up communities. More importantly, it argues against the type of city planning that looks for the most efficient way of housing large groups of people, typically by creating communities that are simply high-rise apartment buildings. If Jacobs was something of a defender of the small communities found in the chaos of cities, she was primarily fighting against politician Robert Moses, the head of the New York Committees of Slums Clearance and an advocate for the urbanization of cities.

The film is filled with archival footage tracing the battle of ideas between Moses and Jacobs, while also showing the ways in which urbanization has failed major cities. But even with the experiment proved a failure by the rise and crime and creation of “projects” where these apartment buildings stand, the film also warns viewers that the dangers are still present in today’s city planning. As most documentaries often rely on cautionary tales and the anxieties of viewers, Citizen Jane is no exception. By the end of the film it is China that is used as an example, after having adopted Moses’ model for city building. Whether or not this will also eventually fail, or whether American cities will continue to be plagued with this ideology, is left open-ended. Those who are interested in the subject will likely see this documentary as little more than an introduction to the complicated topic.