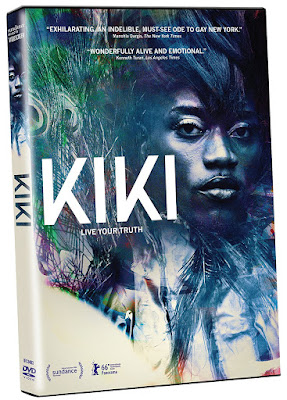 The Kiki community and culture is made up of a diverse group of young contributors, all of which see the balls as a place where they can truly express themselves. In order to show this, filmmaker Sara Jordenö spends a great deal of the film introducing us to individuals, rather than focusing on the actual balls or competitions within them. While this does make for a more intimate approach, it also gives the film a structure that feels more scattered than focused. While we get to know several individuals on a more personal level, the film has no central character or event to ground it, so that it feels more like a series of snapshots. If immersion into the Kiki community is the only goal, the documentary achieves it, though with only a fraction of the impact that Paris is Burning had so many years ago.

Jordenö’s film is most successful at capturing the essence of the Kiki community when actually filming the events or gathering. When they are dressing in the elaborate costumes or voguing, Kiki is a far more compelling film than the countless scenes of the participants discussing their social activism and/or feelings of disenfranchisement. Not that this is not important to their story, but it dominates the film in such an unbalanced way that the title Kiki occasionally feels like false advertising. Even when the individuals are compelling in their sometimes contradictory personality traits, the varied footage tends to feel more scattered than enlightened.

The special features for the Kiki DVD include a trailer for the film, along with a music video that almost has more of the iconic elements of the art scene than the film itself.