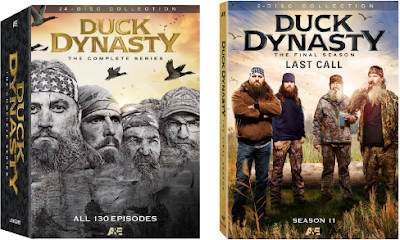 The morals of the show are what many fans claim to be a draw, since they go to church and pray together at every family meal closing each episode, though there are just as many who are outraged at the hypocrisy of their actions and the propensity to misinterpret bible quotes in a manner that fits with their own beliefs. On one hand, the Robertson family is meant to represent the American dream, having built up a popular business from their duck calls, showing that you don’t have to wear a suit in order to make a lot of money. On the other hand, their work ethic rarely matches up with the level of success. Many claim that the theme of “family first” is inspiring, even if the way they put their family first occasionally means that they have little consideration for anyone else. Despite being extremely wealthy, we often see them acting sneaky and doing questionably legal things out of simple disregard for rules. Even though they have enough money to buy whatever they want, there are episodes where they trespass in order to catch frogs on private property, among other hijinks.

In fact, far more of the show is about their rambunctious troublemaking than it is their business, which they often seem bored with. Even when they aren’t hunting random animals on their property, for food or sport, much of the series is focused on the humor of practical jokes they play on each other. This can be extremely entertaining, so long as you are willing to overlook a few things, the largest being that it is almost entirely scripted and staged. There have been many questions about the reality of many other reality TV shows since the release of “Duck Dynasty,” mostly because of how obvious it is that this show is scripted. None of the Robertson clan are good enough actors to hide the fact that they are being fed lines to say, and most episodes contain at least one situation that is obviously staged for the camera. Long before we had fake news, “Duck Dynasty” gave us fake reality.

Considering how popular this show became and how far and wide the Robertsons have whored themselves out as minor celebrities, it is actually surprising how meekly the series ended. I guess the stars either have enough money or have moved on to other projects (most of the main characters/family members have had spin-off reality shows of their own, with minimal success), or perhaps A&E finally realized that there was little they could do to sustain this novelty entertainment. Whatever the reason, season 11 was the last and the show ended in March of 2017. It is somewhat ironic that once Trump became president real life became more ridiculous than anything the producers of this show could fabricate. The nightly news seems to have replaced “Duck Dynasty” as the king of reality TV.

Fittingly sold exclusively through Walmart, this complete series collection comes with all 130 episodes from the 11-season run. The special features on each individual season release are also included, which would have to be the case considering they are the same discs simply put into new packaging. The sturdy cardboard case featuring the four main men on Mount Rushmore is the main selling point, providing a somewhat concise package for the die-hard “Duck Dynasty” fan.