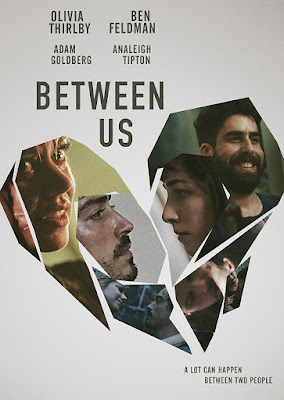 The film begins with the pillow talk of longtime couple Henry (Ben Feldman) and Dianne (Olivia Thirlby), describing the passion they felt when first meeting. This is followed by the contrast of their relationship after six years together, when the excitement has subsided and seemingly insignificant personality differences have been compounded with time. Rather than facing the problems head on, this immature young couple decides to countenance fears of the future by pretending that they don’t exist, doubling down with the decision to marry and start a life together as though it were an inevitability.

Part of the difficulty in Illingworth’s narrative is the choice to set the film in Los Angeles, a city so focused on superficiality that many young inhabitants often lament the impossibility of healthy relationships without the intrusion of outside elements. These intruding forces also conveniently come in the form that most clearly tests the insecurities both Henry and Dianne have in their relationship, making it appear more than coincidental. This makes the scenarios in Illingworth’s script come off as artificial, despite believably dedicated performances from the leads. In fact, this is the best work I have seen from both Feldman and Thirlby, which is why it is so frustrating that their decisions feel manufactured by the screenplay rather than the characters.

Prior to a sequence in which Henry and Dianne become unceremoniously wed, each has flirtations with the embodiment of their significant other’s deepest fears. Henry is an artistic type, an aspiring filmmaker with little aspiration for tangible success or financial stability, whereas Dianne is an ambitious worker at some type of unspecified advertising job. As a result, Dianne is worried that she is not artistic enough for Henry, so of course he begins to flirt with the idea of a tryst with a free-spirited musician who doesn’t believe in the restrictions of monogamy. And Henry worries that he doesn’t have the material possessions that someone as ambitious as Dianne might desire, so it is all too handy to have her begin an inappropriate relationship with a flashy client who boasts about his fancy car while wearing designer suits.

Despite providing the narrative with real people and raw performances, Illingworth slips away from reality into the contrived scenarios which make the biggest fears of the committed relationship come to life. It feels forced in a way that is unfair to the well-developed characters, as well as the audience that is asked to care about them. Their indecisiveness starts as a natural aspect of growing used to the fact that love changes over the course of a long term relationship, but by the end of the film has developed into unforgivable flaws. This is unkind to the audience, who are drawn in by magnificent performances and asked to care about the characters only to be let down by them. In some ways, this replicates the feeling of betrayal that Henry and Dianne must feel, making it a successful film that is entirely too distasteful to enjoy.

The DVD comes with no special features, or bells and whistles of any kind.

To be on this list the movie has to be set in the a particular time frame and needs to be funny. The most effective Korean movies of all time have the capacity to reveal contrast in their characters. watch Austria Movies online

Still, Den of Thieves has its moments to fulfill the heist fantasy of several movie-goers, as long as your expectations are in the most suitable location. Visit here for more information Biography | Sockshare - Fast Stream Movies Online For Free - Sockshare.date