First off, let me focus on the error in semantics behind these accusations. “Whitewashing” is the practice of casting white actors in traditionally or historically non-white roles. In the worst instances of this, the actor may even wear make-up to appear a different ethnicity than they actually are. Classic examples of this include Mickey Rooney being cast as the Japanese landlord in Breakfast at Tiffany’s (1961), Laurence Olivier playing the title character in an adaptation of William Shakespeare’s Othello (1964), or when John Wayne inexplicably decided it was a good idea to play Mongolian emperor Genghis Khan. But the past is not the only place this has been an issue, unfortunately. In only the past few years there have been numerous examples of legitimate whitewashing, from Johnny Depp and Rooney Mara being cast to play iconic pop culture Native Americans in The Lone Ranger (2013) and Pan (2015), respectively. And let’s not forget the odd decision to have primarily white actors in Ridley Scott’s Exodus: Gods and Kings (2014), and a similar lack of Egyptian faces in a film actually called Gods of Egypt (2016). There have also been complaints about Scarlett Johansson and Michael Pitt being cast in the upcoming remake of the classic anime, Ghost in the Shell, and some uproar over Tilda Swinton being chosen to play the Himalayan Ancient One in last year’s Doctor Strange. In short, there are many valid examples, but The Great Wall is not one of them.

So, why is it wrong to accuse The Great Wall of whitewashing? For one thing, the role played by Matt Damon was never intended to be played by a Chinese actor. The character was written as an outsider from the very beginning. This is clearly not the same thing as having a white actor play a traditionally non-white role, and anyone saying otherwise is simply uninformed. 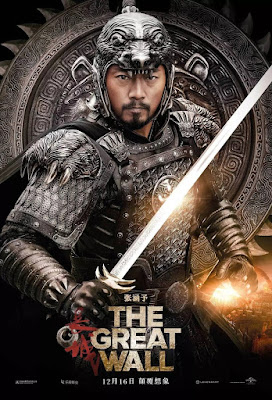 But there are still those who would make accusations of cultural insensitivity in having Matt Damon as the white hero in a film taking place in China. This might be true, if it weren’t for two facts. First and foremost, those accusing Hollywood of always casting a white hero should research the production of The Great Wall, because this was primarily a Chinese production. Just because there is a Hollywood star in the movie does not make this a Hollywood film, just as the casting of Chinese movie star Donnie Yen in Rogue One did not make that a Chinese film. Most filming for The Great Wall was done in China, with a well-respected Chinese director (Yimou Zhang) at the helm, and primarily Chinese financing. So, although this movie is being released in the United States, it is a Chinese film (nearly half of the dialogue is in Chinese), which explains why it came out last year in China and has only now hit theaters in the Unites States. While it may seem typical to have a film with a white hero in a Hollywood film, this is atypical in a Chinese film, where they are more commonly cast as the villain. In fact, this is exactly the role of the other two white actors cast in the production.

The second reason that it is ignorant to accuse the film of “cultural misappropriation” is a simple lack of knowledge about the content within the film. Constance Wu publicly criticized the film for having a white man as the driving force for building the Great Wall of China, which is completely inaccurate. The wall is built long before Damon’s character ever arrives. Some might say that this does not excuse having a white man as the savior in the film, but this would also quickly be squashed if only these critics were to watch the film. 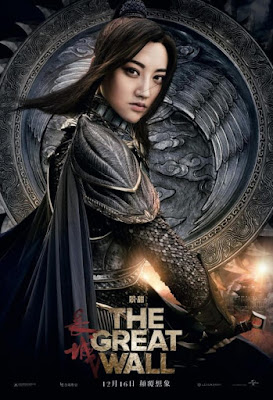 Damon’s character eventually does help to stop the creatures in the movie, but he originally arrives as a mere thief with no allegiances to anyone but himself (and perhaps his partner in crime). The “white man” in the film is not the hero, but a selfish crook only concerned with monetary wealth, only turned honorable through the example of the Chinese soldiers he eventually fights alongside. And in the end (slight spoiler alert), it isn’t Damon’s character that ultimately saves the day, but the Chinese protagonists played by Tian Jing and Andy Lau. In fact, Jing is the film’s overall hero, making this a film with a female hero, not to mention one that is Chinese.

Now, let me make one thing absolutely clear. Just because this film does not use whitewashing or cultural misappropriation does not make it a good film. Far from Yimou’s greatest achievement, The Great Wall is a mildly diverting blockbuster. But even if it isn’t great, nothing about The Great Wall is deserving of the online trolling it was subjected to. There are plenty of things to get angry about online, most of which are not fictional films with giant creatures. And if you still feel getting mad at the movie industry is your prerogative, at least do a little research before unnecessarily spreading that hatred online.