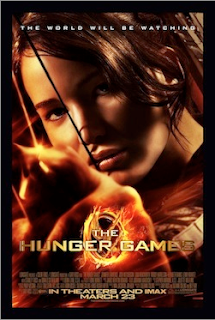 With less than 50 days to go until THE HUNGER GAMES opens in theaters everywhere, you get a sneak peak at Katniss' journey to the arena in the film’s new trailer!  Check it out now!
The world will be watching when The Hunger Games hits theaters on March 23rd!  You can also see it in IMAX during its one week exclusive engagement.
Want a chance to win tickets to THE HUNGER GAMES World Premiere in LA on March 12th?  Then be sure to check out one of the 50 sites giving away tickets to lucky fans by searching #HungerGames50 on Twitter or head over to the official THE HUNGER GAMES Facebook Page now: http://on.fb.me/HungerGames50