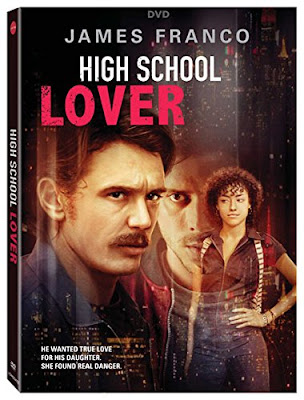 With content that is known for being preoccupied with exploitable themes, typically involving women in peril, Lifetime content is as recognizable as it is ridiculous.  High School Lover is no exception, despite its A-list cast member. Franco plays a low-level Hollywood cinematographer raising his teenage daughter on the outskirts of the city. 17-year-old Kelly (Paulina Singer) spends plenty of time around the famous people of Hollywood, but somehow still gets sucked into the superficial glamour of the world when movie star Christian Booth (Franḉois Arnaud) begins to woo her. When Kelly’s father learns about the relationship, he does what he can to end it, until Christian goes from being a movie star to an all-out psychopath who is inexplicably willing to sacrifice his fame and fortune to be with a high school girl.

Even with all of the stories about inappropriate sexual advances and assault coming out in regards to celebrities, High School Lover is consistently ridiculous. It isn’t that I don’t believe a movie star would sleep with an underage kid, but at the point that it is captured on film and the evidence is in the hand of the parent, there is no explanation for why there are no legal actions taken to keep him away. It is also more than ridiculous to insinuate that a famous actor would sacrifice his career for a girl, admitting to statutory rape while being filmed just to anger the parent with every legal recourse available. The fact that the film continues beyond several scenes of filmed evidence and confessions makes this TV movie completely out of touch, even if accidentally addressing relevant themes.