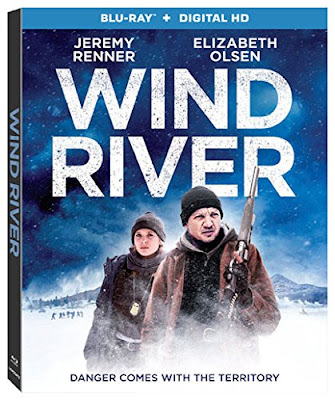 Although the plot of the film centers on the investigation of a mysterious and suspicious death, the broader themes of the film deal with loss. Cory Lambert (Jeremy Renner) is a hunter for the Fish and Wildlife Department near an Indian reservation, still recovering from the loss of his daughter. When hunting a predator in the area, Lambert comes across the frozen corpse of a young woman, bringing back the memories of his loss. FBI Agent Jane Banner (Elizabeth Olsen) is sent to investigate the death, though she quickly discovers the unique details of the community are easier to navigate with the help of Lambert. This is convenient, especially since he has made a promise to the parents of the victim that he will hunt the killer just as he would a dangerous animal.

With his previous screenplays, Sheridan tackled larger social issues such as the big business of drug trafficking and the desperation brought on by the threat of foreclosure, but Wind River has themes that seem focused on the micro up until the last moments. Though it is ultimately just a film about one tragic true event, it shines a light on a larger issue facing Native American women that often goes unmentioned, on film or otherwise. And beyond the social context, it is primarily just a film that deals with the tragedy of loss head on. There may be some brutal action in Wind River, but it is the drama of grief that leaves a lasting impression.

Wind River is easily the most generic of Sheridan’s American frontier trilogy, containing a fairly straightforward mystery whose morality is nowhere near as complicated as his past films. It is far easier to distinguish the good guys from the bad ones in this film, and justice is also easier to dispatch as a result. But this also makes the actions against the decent characters that much more unwarranted, making the violence in Wind River even more heartbreakingly pointless. It is a stronger film, even if it is less enjoyable as a result.

The Blu-ray release of Wind River comes with a Digital HD copy, along with a couple extras on the disc. There are a handful of deleted scenes and a behind-the-scenes video gallery, which may feel a bit sparse considering the early critical praise the film received.