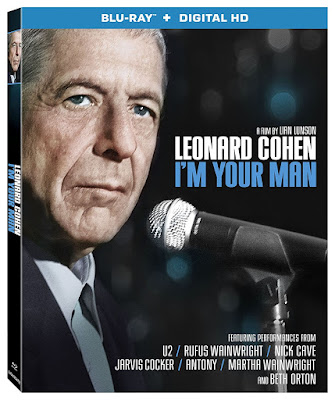 At the same time, the impact of Cohen can be felt, even when his songs are sung by other musicians. He was a poet in the way he approached songwriting, and the words that he was so careful about choosing still have power when used by other performers. In some ways, this makes the concert footage far more successful than any of the biographical information or talking heads discussing his impact on the music world. It doesn’t hurt that the musicians covering his songs for the tribute concert have a personal connection to the songs and his work.

The live performances captured for the film were taken from a tribute concert organized by producer Hal Willner in Sydney, Australia, in January of 2005. Many of these same performers had participated in similar concerts in the United States and in the United Kingdom, so their interpretations of Cohen’s classic songs are often shaded with their own personalities. This concert includes performances from Rufus Wainwright (“Everybody Knows,” “Chelsea Hotel #2,” and “Hallelujah”), Martha Wainwright (“The Traitor”), Beth Orton and Jarvis Cocker (“Death of a Ladies Man”), and Antony Hegarty (“If It Be Your Will”).

The documentary doesn’t have nearly as many performances from its main subject as fans may hope for, but there is one video of Cohen performing “Tower of Song” with U2. Bono also provides some of the most flattering commentary on Cohen’s work, along with a handful of other music icons singing his praise. The only problem with these interviews is that they always seem to be interrupting a song. The same could be said of the biographical information, which includes archival footage from Cohen’s past. By attempting to do too much with the film, director Lian Lunson always seems to be pulling the audience away from something interesting. What she is pulling focus onto may also be of interest, but it still often gives the movie a disjointed feeling.

Despite some heavy stylized methods used for the editing process, the main reason for an upgrade to Blu-ray must be the improvements in sound. The special features from the DVD release have also been transferred over to the Blu-ray release, including a director’s audio commentary, a 4-minute conversation with Cohen that may just be additional footage from his documentary interview, and additional concert footage. There are four songs included in the additional concert footage, excluded in part or entirely from the film itself.