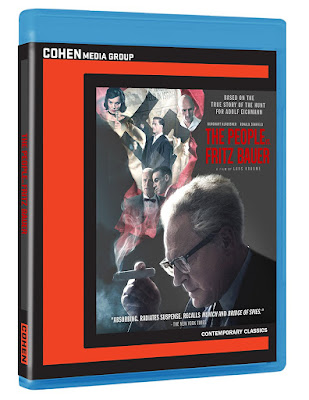 Fritz Bauer was Attorney General in 1957 when he received evidence of the whereabouts of notorious lieutenant colonel for the Nazis, Adolf Eichmann. After hearing rumors that the war criminal may be hiding out in Buenos Aires, Bauer (Burghart Klaußner) makes efforts to investigate and plan extradition for him, by any means necessary. Fittingly paranoid about the resistance he will encounter from those in the German justice system, either because they prefer repression or in order to hide their own support of the Nazi party, Bauer makes a series of questionable decisions in his investigation. Purposefully misleading the press and lying about where his investigation is leading him in order to maintain the element of surprise, all that Bauer is unprepared for is how much his own character will come under attack.

In the film, it isn’t just Bauer who is targeted, but also a sympathetic young prosecutor named Karl Angermann (Ronald Zehrfeld), whose personal struggle with sexuality ultimately becomes a liability. Homosexuality was (and in many cases still remains) illegal in Germany, a fact that Bauer himself adjusted to once he returned to his home country after spending much of the war in Danish exile. Angermann struggles to repress his natural desires as they carry out the investigation, as he is aware that there are those who would use it against him and his work to try Eichmann for his war crimes. Angermann is a fictional character inserted into the narrative, as a way to investigate parallel dilemmas of sexuality it is believed that Bauer also struggled with.

Sexuality was not the only thing that Bauer had to worry about, however, especially as his efforts to keep his investigation hidden from many German government officials bordered on acts of treason. For example, rather than taking his tip about Eichmann’s location to authorities in Germany, Bauer sought assistance from the Israeli secret service instead. This allowed him to keep the investigation secret, so as to not scare away the war criminal from his place of hiding. And this is as exciting as the film gets, mostly filled with bureaucratic back-room deals and secrets rather than any overt scenes of action, though that does not diminish the elements of suspense from Lars Kraume’s film.

The Blu-ray release for the film includes a making-of featurette which is just under 15-minutes, including interviews and behind-the-scenes footage of the production elements. The extras also include a handful of deleted scenes, making up just over 8-minutes of footage. There is also a theatrical trailer.