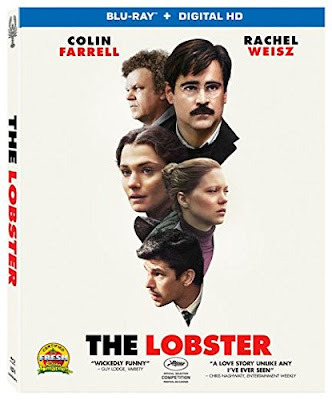 Though the tone of the film is more akin to a Wes Anderson release, the basic plot structure of The Lobster is actually quite similar to many science fiction films from the past about a dystopian future. These movies often show a society which is thought to be perfect, having discovered the answer to happiness in a formula which is forced upon its citizens. When the protagonist realizes the fallacy in these rules, there is often a breakout and escape into the world of those rebelling or living on the outskirts of societal structures, where the protagonist discovers another flawed extreme. This was the structure for countless post-nuclear depictions of Earth in science fiction films of the 1960s and ‘70s, though The Lobster applies the same formula to a deadpan comedy about a timeless question of lifestyle choice; to marry or not to marry.

In the world of The Lobster, it is illegal to be single. Those without partners must live at a hotel for 45-days in search of a love connection. There is added pressure to pair up, as those who have not found a partner at the end of the 45-days are transformed into animals of their choosing. Recently divorced David (Colin Farrell) has chosen to become a lobster if unable to find a romantic partner, deciding on the animal for purely logical reasons. Logic seems to be the basis for all of David’s decisions, including his attempt to fake a connection with a fellow guest (Angeliki Papoulia). Believing that all romances are built upon commonalities, David attempts to pretend being coldhearted in order to pair up, though he is eventually discovered and must escape into the woods with those rebelling against the idea of forced romance.

Ironically, it is in the woods amongst the loners that David finds a real love connection, living with those who are even stricter in their refusal of romance than society is about demanding it. Still under the belief that connections are built upon commonalities, David is smitten with a loner woman (Rachel Weisz) simply because she shares his affliction of short sightedness. It is difficult to tell whether these emotions can be trusted when they are based on such superficial reasoning, faulty logic which David continues to carry to the very last harrowing moments of the film, and especially since the name of his romantic partner is never even revealed.

While society merely forces single people to become animals, the leader of the loners (Léa Seydoux) tortures and dismembers the rebels which have any romantic relationships. It is another extreme which David must inevitably escape from after breaking this cardinal rule. This also changes the direction of The Lobster’s narrative, seemingly forgetting about the unique idea of humans turning into animals which dominates the first half of the film. The shift also leaves behind some of the memorable characters from the hotel, including a lisping man played by John C. Reilly and a limping one played by Ben Whishaw.

Despite often being more disturbing than amusing, The Lobster is an engaging dystopian comedy with entertaining commentary on societal pressures and romance. I’m not entirely certain what that commentary is after just one viewing and the experience was unpleasant enough to deter me from an immediate repeat viewing, though Lanthimos’ vision stuck with me long after the film had ended. This is the type of movie which leaves you thinking and with images burned into memory. Not all of them are pleasant, but the entire endeavor is bold enough to warrant praise beyond personal preference.

The Blu-ray release comes with a Digital HD copy of the film, as well as a single featurette about the making of the movie.